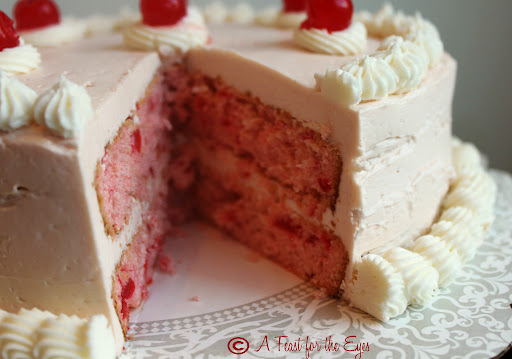 As a kid, Cherry Chip Cake was one of my favorites. I rarely, if ever, use cake mixes-- so I was delighted when I saw this recipe on "Sprinkle Bakes" baking blog. I made a few teensy weensy tweaks to it (like using a cherry concentrate to boost the flavor) and kicking up the almond extract a bit more. The frosting is slightly adapted, using a method from Cook's Illustrated. If you've never made Swiss Buttercream, fear not! I'll walk you through the steps on my food blog. This frosting is not as sweet as a traditional buttercream. It might appear more challenging to make, but it's not. It's silky and really fun to work with a spatula. This was my self-made birthday cake, and I think these would be great as cupcakes, too. 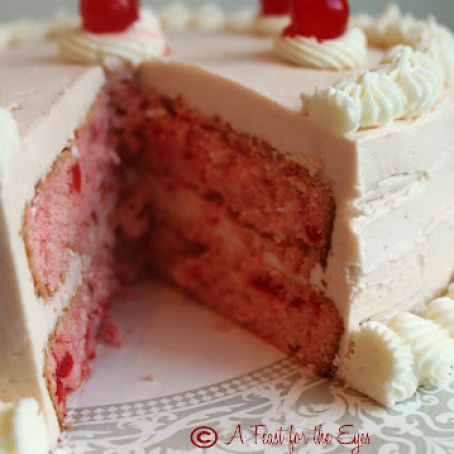 Beat the butter and sugar together in the bowl of a stand mixer until creamy.

In a separate bowl, whisk together flour, salt and baking powder .

Combine milk,cherry juice and almond extract, and cherry concentrate (if using) and add alternately to the butter and sugar with the flour mixture.

In a small bowl, sprinkle the 2 tablespoons of flour over the diced cherries and stir until the flour has been completely absorbed. Note: It’s okay if the cherries still have a little juice on them after this.


Stir cherries into the batter. Stir in food coloring if desired (I didn't use it).

Fold stiffly beaten egg whites into the batter-- don't stir, or you will lose the "air" from the egg whites.

Pour into prepared cake pans and bake for 22-24 minutes, depending on your oven. Remove from pan and allow to cool completely on a wire rack.

Set a saucepan filled one-third full of water over medium-high heat and bring to a simmer.

Whisk together the egg whites, sugar, and salt in a large heatproof bowl**. Set over the simmering water and whisk until the mixture is hot to the touch (about 120) and the sugar has dissolved.
**NOTE: I use a Kitchen Aid Stand mixer, so I prefer to use the stainless steel bowl over a pot of simmering water-- one less step!

Transfer the mixture to the bowl of a stand mixer (if you followed my tip, you can skip this part) fitted with the whisk attachment.

Beat on low speed for 2 minutes. Increase to medium-high until stiff peaks are formed.

Continue beating at medium-high speed until the mixture is fluffy and has cooled (the mixing bowl should feel cool to the touch).

Turn the mixer off and switch from the whisk attachment to the paddle* (*NOTE: I don't switch to the paddle, and so far no problems). Turn the mixer on medium-low and add the butter, a few cubes at a time, beating until well incorporated before the next addition.

Add the vanilla extract, and almond extract (if using).

Divide batter and tint with food coloring, if desired. I kept a little un-tinted frosting out to pipe around the edges of the cake.

Beat until the frosting is thick and completely smooth. Store in an airtight container until ready for use. 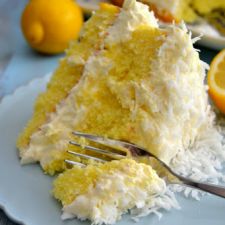