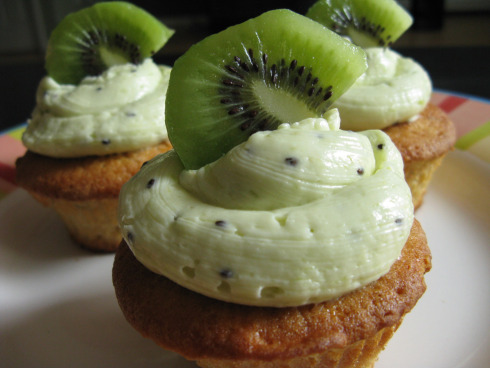 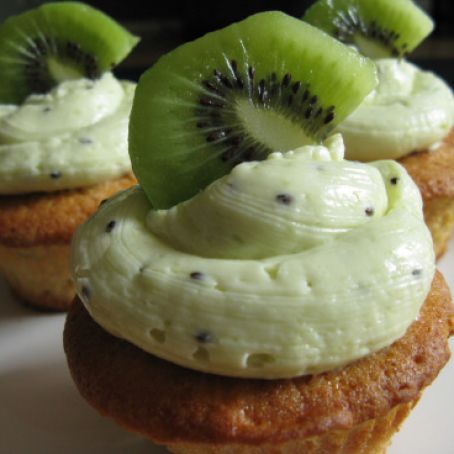 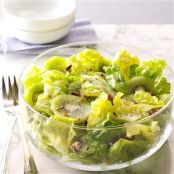 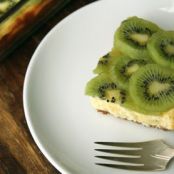 1. Preheat oven to 350 degrees F. Line a 12-cup muffin tin with cupcake liners (I do NOT recommend using silicone liners).

2. Peel the 3 kiwis you will need for the cupcakes and frosting, and mash them well using a fork, trying to break up large chunks. See the consistency of the mashed kiwi below for reference. If your kiwi is not soft enough to mash with a fork, puree it in a food processor or blender. You will use 1/3 cup of the mashed kiwi for the cupcakes, and the remainder can be set aside for the frosting.

4. In a large bowl, cream the 1 stick of butter with an electric mixer on medium-high speed until light and fluffy, then add sugar and continue beating until fluffy. Turn down the speed to medium and blend in egg and egg whites until just blended.

6. Divide batter evenly among muffin cups, and bake for 22-25 minutes until tops are golden and just dry to the touch, and a toothpick inserted comes out clean. (If you so happen to be using silicone muffin cup liners, you may need to add an extra 10-15 minutes of bake time on top of this.) Remove from oven and cool thoroughly before frosting. If using silicone liners, remove them as soon as the cupcakes have cooled just enough to handle.

7. Make the frosting: Cream butter until light and fluffy. Add approx 3-5 tbsp of mashed kiwi to the butter, 1 tablespoon at a time, and blend well. You can always add more kiwi but you can’t take it back once it’s in there. Just make sure the mixture is still light and fluffy and doesn’t become watery. Now add vanilla and confectioner’s sugar, and blend thoroughly.  Stop to taste the frosting, making note of the degree of sour versus sweet. The final step is to add the salt and mix well, and taste again.

The frosting flavor should really round out and come together at the end, without being too sweet or too sour. You won’t taste the salt, but it will balance out the kiwi and the sugar so that the uniqueness of the kiwi flavor shines through. I swear the frosting tastes so addictive and refreshing, like a perfectly ripe kiwi, mmm!

These cupcakes are best the day of. 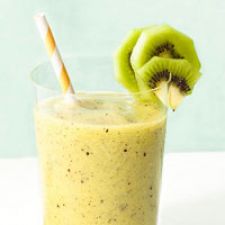