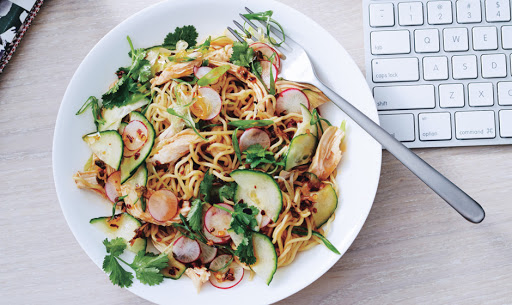 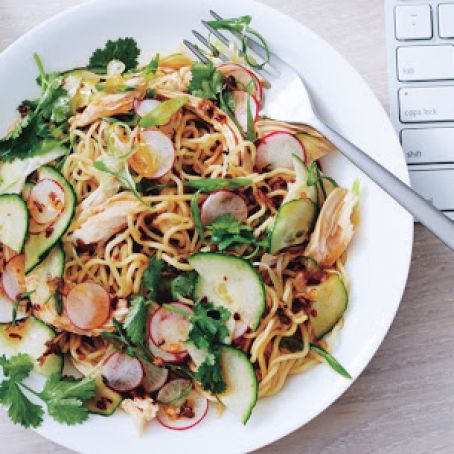 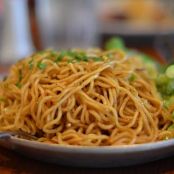 Cook all ingredients in a small saucepan over medium heat, swirling pan occasionally, until scallions and garlic are just golden brown, about 3 minutes. Let cool; transfer oil to a jar.

DO AHEAD: Chile oil can be made 4 days ahead. Cover and chill.

Cook noodles in a large pot of boiling water according to package directions; drain. Rinse noodles under cold water, then shake off as much water as possible.

Toss with cucumber, radishes, and cilantro and drizzle with chile oil just before serving.

DO AHEAD: Noodles can be cooked the night before. Toss with 1 tsp. oil; cover and chill. Store noodles with chicken; store vegetables and dressing separately. 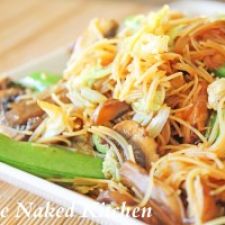