Put pork chops in a 9x13" baking pan.
Make stuffing as directed on pkg. Cool to room temperature.
Add sour cream and soup. Mix well.
Add sage and salt and pepper, and mix again (add sautéed mushrooms and peppers - optional).
Put stuffing on top of pork chops, or slice pork chops horizontally, and put stuffing in the middle of each one, and put in oven. (i liked putting it on top instead, yes it will be a lot of stuffing on top but it will cook right don't worry!)
Cook at 350, for 1 hr., or until no longer pink in the middle. 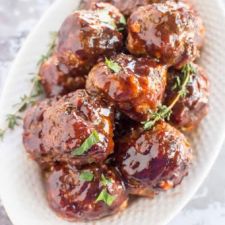