Whose mama makes the best gumbo? This recipe with shrimp and okra has been passed down through generations and has a nice, rich kick of cayenne.

Place the okra and diced tomatoes in a saucepan over medium heat, and bring to a simmer. Reduce heat to medium-low, and simmer the okra mixture for about 10 minutes.

In a large soup pot, melt the butter over medium heat, and cook and stir the onion, green onions, green pepper, celery, parsley and garlic until the onion begins to turn brown, about 10 minutes. Remove the vegetables but leave the butter in the pot. Stir in the flour, reduce heat to low, and cook the roux, stirring constantly, until it turns the color of milk chocolate, 30 to 45 minutes. Do not let the roux burn.

When the roux reaches its correct color, whisk in 2 cups water. Raise the heat to medium; stir in salt, pepper, cayenne pepper, thyme, and bay leaves, bring the mixture to a boil, and stir in the sausage, bacon, okra-tomato mixture, and 6 more cups of water. Reduce heat to medium-low, and simmer the gumbo, stirring occasionally, until the soup has thickened and the flavors are blended, about 45 minutes. Stir in the shrimp, and simmer until they turn pink and opaque, 6 to 8 more minutes. Discard bay leaves and adjust the seasonings, if desired, before serving. 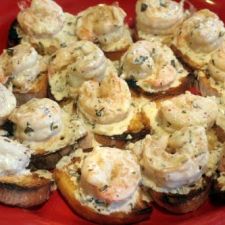