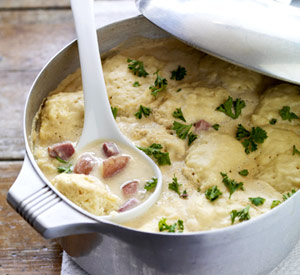 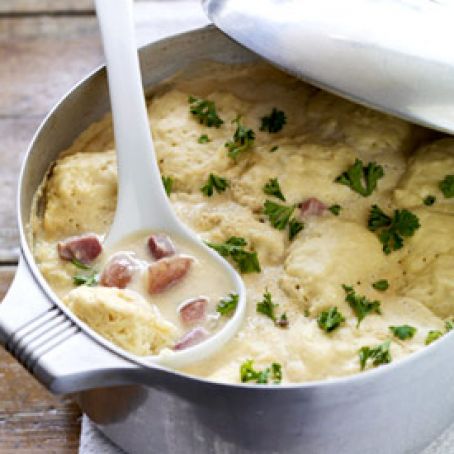 Drop rounded teaspoons of dough into the soup (don't worry if dumplings touch). Return to boiling; reduce heat. Simmer, uncovered, for 10 to 15 minutes more or until potatoes are tender and a toothpick inserted near the center of a dumpling comes out clean. Sprinkle with parsley. Makes 10 side-dish servings (10 cups). 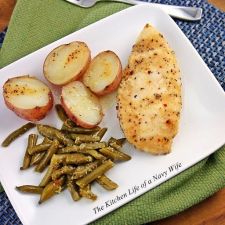