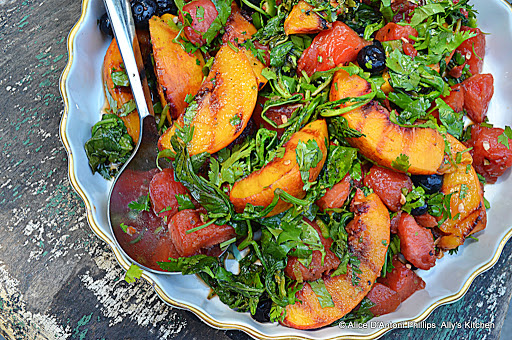 I sure hope you have a cast iron skillet that makes grilling stripes. If you don’t, think about buying one because it’s one of the most used that I have! And, I think you’ll have as much fun with it as I do. Cast Iron Skillet Grilled Fruit Salad…refreshing, naturally sweet, flavors that merge into a cacophonous symphony (the world of Darweil, one of our dinner guests) on your plate and in your mouth! This was eaten at the end of the dinner, European style…there’s no way you wanted to mask, dilute, or confuse this magical dish with other foods. It deserved both a plate of its own as well as saving the best for last. 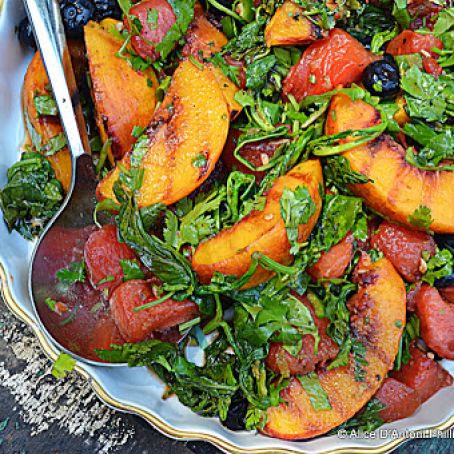 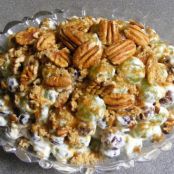 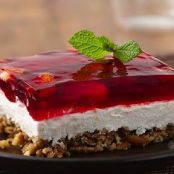 In a large cast iron skillet (preferably one with grill stripes),coat with cooking spray, and heat skillet over medium high heat. Place peach wedges and sprinkle with the sugar mixture. Grill about 1-2 minutes or until grill stripes begin to form. Flip to the other side and grill another 1-2 minutes. Remove, place in shallow dish like a plate (do not crowd) and put in refrigerator or freezer to chill immediately. Leave in about 15 minutes.

Using the same skillet, coat lightly with cooking spray, and grill the watermelon on each side about 1-2 minutes or until grill stripes (or golden browning) starts to form. Remove and put on a plate. Place in freezer to cool and slow cooking process. Leave in about 15 minutes.

Place arugula in skillet, over medium heat. Drizzle with olive oil and lime juice and with tongs toss and turn just wilting the leaves. Add zest and toss with tongs. 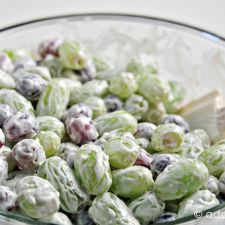