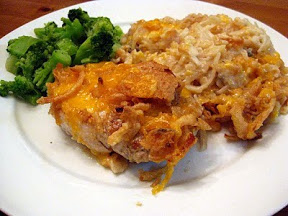 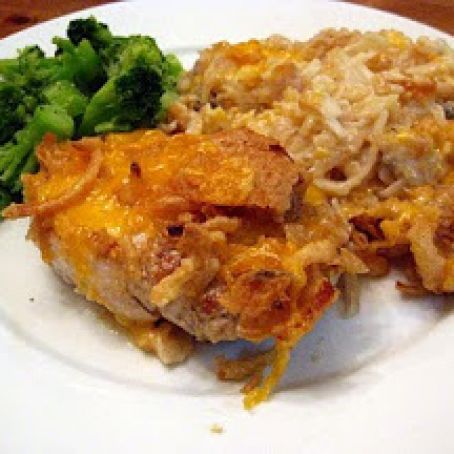 Add 1 tablespoon vegetable oil to the now empty skillet. Pat each pork chop dry and season with salt and pepper. Brown pork in skillet. Don't cook through since the pork will be cooking in the oven.

Combine soup, milk and sour cream and add to the bowl with the hashbrowns. Add half of the cheese and half of the onion pieces. Spoon mixture into prepared 9×13 baking dish. Arrange pork over potato mixture. Cover with foil. 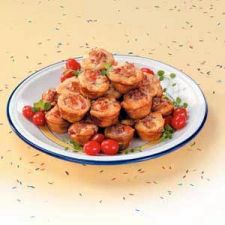