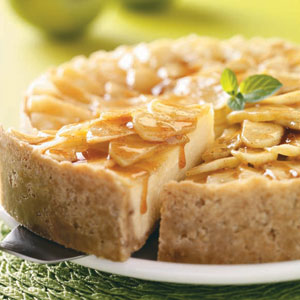 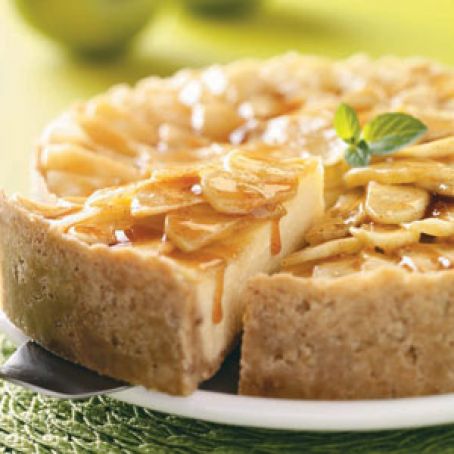 * In a small bowl, cream butter and brown sugar until light and fluffy.

* Press onto the bottom and 1-1/2 in. up the sides of a greased 9-in. springform pan. Place on a baking sheet.

* In a large bowl, beat cream cheese until fluffy.

* Beat in milk and apple juice concentrate until smooth.

* Add eggs; beat on low speed just until combined (batter will be thin).

* Cool on a wire rack for 10 minutes. Carefully run a knife around edge of pan to loosen; cool 1 hour longer.

* In a large skillet, cook and stir apples in butter over medium heat until crisp-tender, about 5 minutes.

* Cool to room temperature and arrange over cheesecake.

* In a small saucepan, combine the cornstarch, cinnamon and juice concentrate until smooth. Bring to a boil.

* Reduce heat; cook and stir for 1 minute or until thickened.

* Refrigerate for 1 hour or until chilled. 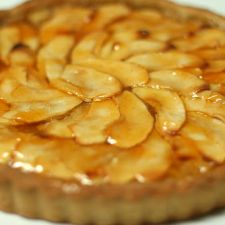