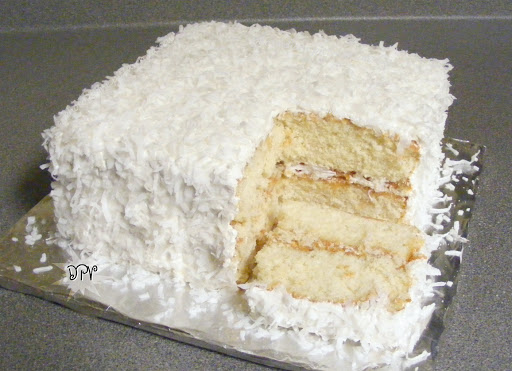 Decadent homemade coconut cake with the most tender crumb of any cake I've ever eaten. The recipe was an advertisement for Pillsbury’s Best Enriched Flour that was clipped from a magazine in 1947. 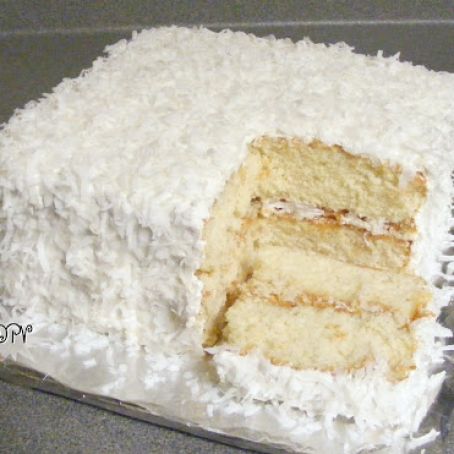 Cool in pans on a wire rack for about 10 minutes then loosen sides with a thin knife and remove cakes to rack to cool completely before frosting.

NOTES:
My recipe modifications were:

Below is the 7-Minute Frosting recipe I used but I ran out before finishing the cake, so you might need to spread it thinner, or increase the ingredient amounts.

NOTE:
The cake needs to be completely cooled before it can be frosted so don't start making the frosting until it is.


Preheat a small stove burner on medium-high heat. While it's preheating, add the water to a small, heavy 1-quart saucepan; add the sugar BUT do not stir it. Place on the preheated burner and cook, undisturbed, until it reaches soft-ball stage, or 238 degrees on candy thermometer. (This may take 20-25 minutes).

When the syrup is almost done, place the egg whites, cream of tartar, and salt in a large mixing bowl and beat on high speed of hand mixer until soft peaks form. (This only took about 1 minute). Set aside until the syrup has finished cooking.

Pouring in a very thin stream, a little at a time, beat the hot syrup on high speed of mixer into the egg white mixture over a total of 3-4 minutes, beating constantly. Beat in the vanilla and continue beating on high speed until it holds together well and forms firm peaks, 5-7 more minutes. 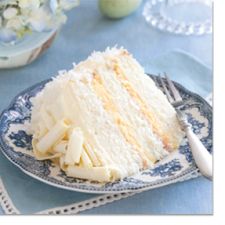