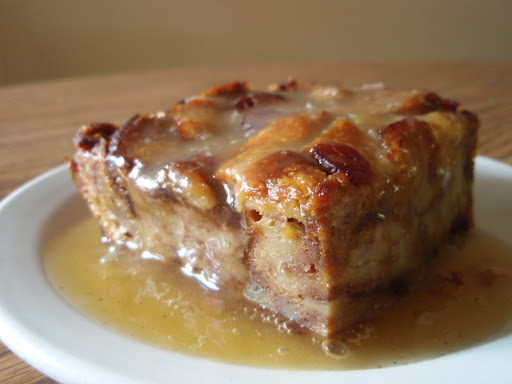 This is the best bread pudding I've ever eaten. The whiskey sauce tastes strong right out of the pan (yum!!) but mellows when pored over the pudding. 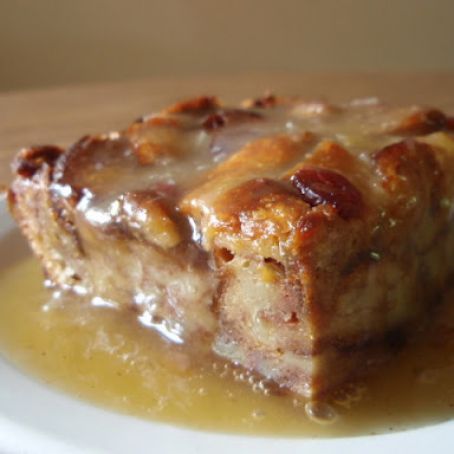 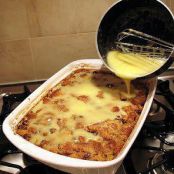 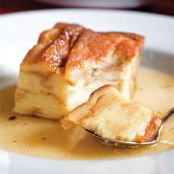 Cut the bread into small cubes and put the cubes into the prepared dish. Scatter the raisins evenly along the top.

In a bowl, whisk together the eggs, sugar, milk, vanilla, and cinnamon until frothy and well-combined. Pour the liquid carefully over the bread and mash everything together. Let this sit for at least an hour, mashing it a few more times so that all of the bread absorbs as much liquid as possible.

Bake for 60 to 75 minutes, or until you see no liquid when you press the bread in the middle of the pan.

WHISKEY SAUCE:
Melt the butter in a saucepan. Add the sugar, whiskey, water, salt, and nutmeg, and cook this mixture until the sugar dissolves, about 5 minutes.

Beat the eggs in a bowl and then slowly add a bit of the hot whiskey mixture, whisking as you go. Once tempered, add the egg mixture to the whiskey mixture and return to the heat.

When a boil is reached, cook for one minute, then remove from the heat.

To serve, cut a square of bread pudding and cover it with whiskey sauce, making sure both are warm. 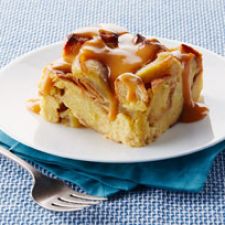