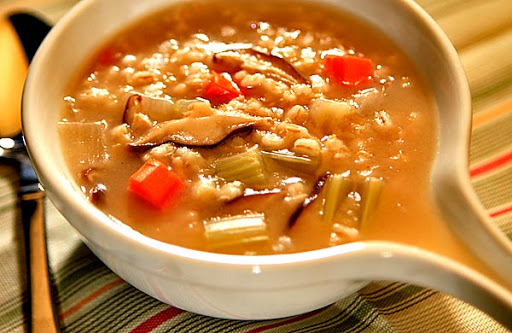 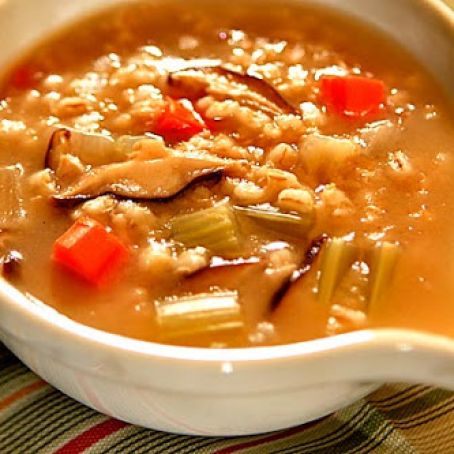 1. In a large, heavy-bottom saucepan or small pot, soak the dried mushrooms in the boiling water until hydrated, about 15 minutes.

2. Stir in the carrot, onion, celery and barley, along with the water and broth. Bring the liquid to a simmer over high heat.

3. Reduce the heat to a gentle simmer, loosely cover and continue to cook for about 2 hours, until the barley is tender and the flavors are developed. Add additional water or broth to the soup to thin as desired, and season to taste with salt and pepper. This makes about 1 quart soup. 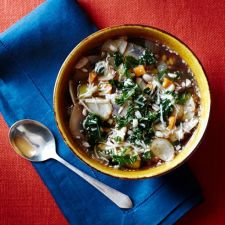