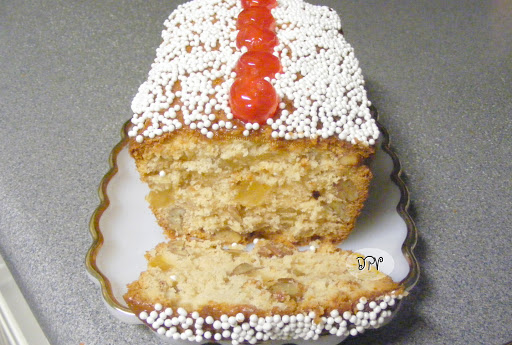 Not at all your traditional fruitcake! This moist, buttery fruitcake is bursting with tropical flavors of pineapple, coconut, banana, and pecans. 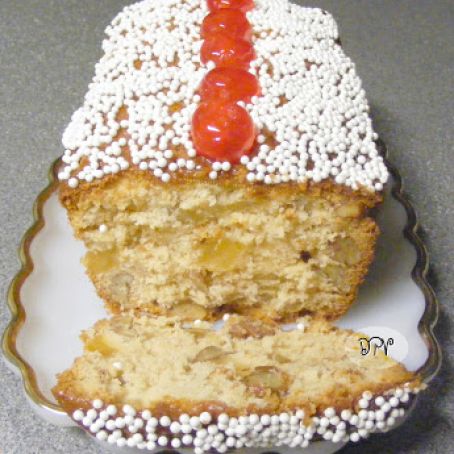 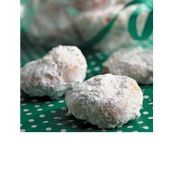 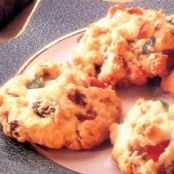 Two to three hours before you plan to make the cake, place the diced pineapple and water in a 2-cup glass measuring cup and microwave on high just until tiny bubbles appear, 1 to 1 1/2 minutes. Set aside to cool for 2 hours or more, stirring occasionally.

Meanwhile toast the coconut on a jellyroll pan in a 300° F. oven for 8-10 minutes, or just until light golden brown; set aside to cool.

In a bowl, whisk together the flour, baking powder, and salt; set aside.

In another mixing bowl and using a hand mixer, beat together the butter, sugar, brown sugar, and marmalade until fluffy, 2 to 3 minutes. Beat in one egg at a time, mixing until each one is fully incorporated.

Beat in the flour mixture and milk just until incorporated.

Bake on center rack of oven for 75 to 90 minutes, or until center tests done with a wooden toothpick.

Cool in pan for about 10 minutes, then loosen edges with a thin-bladed knife and remove cake to a wire rack to cool.

NOTE:
While the cake was still warm I brushed the top with white corn syrup and garnished with candied cherries and decorating beads. 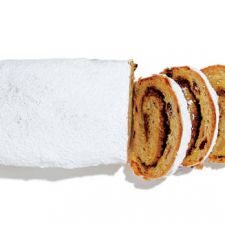