Jorge Castillo: This is the dish we made for Keith Famie of the Food Network when he came to Miami.
Glenn Lindgren: In Argentina, where this style of cooking developed, "churrasco" actually refers to many types of meats prepared on the grill.
Raúl Musibay: But here in Miami, a churrasco steak specifically refers to a cut of beef prepared in the Argentine style.
Jorge Castillo: It's also popular with Nicaraguans. You'll see it on the menu of many restaurants. The churrasco steak is a long flat cut of skirt steak, cut from the "plate" of the cow.
Glenn Lindgren: You might find it sold at some butcher shops as a "plate" steak. Don't confuse it with the flank steak, a similar cut, but NOT the same!
Jorge Castillo: The churrasco steak is typically marinated to make it tender and full of flavor. The Argentine version uses a mildly flavored marinade or sometimes no marinade at all.
Glenn Lindgren: We like to "Cubanize" the dish by marinating the churrasco steak overnight in our own homemade mojo marinade.
Raúl Musibay: Churrasco steak is always served with a good chimichurri sauce. We like to use our Cuban version -- it has a different flavor than the typical Argentine version!
Jorge Castillo: If you're having trouble finding churrasco cut steaks in your area, you might try a Latin American or even a Mexican market. Mexican cooks like to use this cut of meat for making fajitas. Otherwise, talk to a good butcher. Tell them you want a skirt steak, cut from the plate and sliced long. It should look something like the picture below 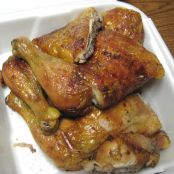 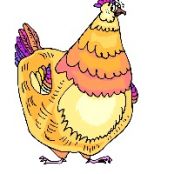 Mojo Marinade
To make the marinade:
Mash garlic, salt, and peppercorns into a paste, using a mortar and pestle. Stir in sour orange juice, onion, and oregano. Let sit at room temperature for 30 minutes or longer. Whisk the garlic-orange juice mixture with the olive oil until well blended.

Preparing the Meat
Preparing the meat is very easy. Place the meat in a large bowl or pan. Add enough mojo marinade to cover the meat. Place a cover over the bowl or pan and place in the refrigerator a minimum of five hours, but preferably overnight.

Chimichurri Sauce
While your meat is marinating, make the sauce. We like to make it the easy way. Put everything except the olive oil in a blender and using the "chop" setting, click on and off until you have a thick mixture. Do not over process! This is the kind of dish you need to taste and adjust so that you get just the right flavor! So taste it! (The best way to taste it is with a piece of bread.) Whisk in the olive oil. (If you use the blender to incorporate the oil, the oil and liquids will emulsify, giving your chimichurri a white, paste-like texture.)
Add salt, pepper, more vinegar and lime juice as needed. The flavor should be very intense with garlic and cilantro. Don't be stingy with the salt either!

Grilling the Meat
Grill the marinated steaks outdoors on the barbecue. (Make sure your coals are hot and white!) You can cook them however you like your steak -- from rare to well done. However, the rarer the meat, the more tender and flavorful!
Serve the meat with the chimichurri sauce -- it tastes great! 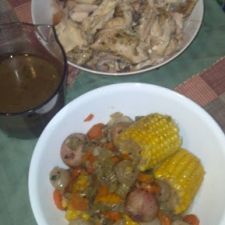