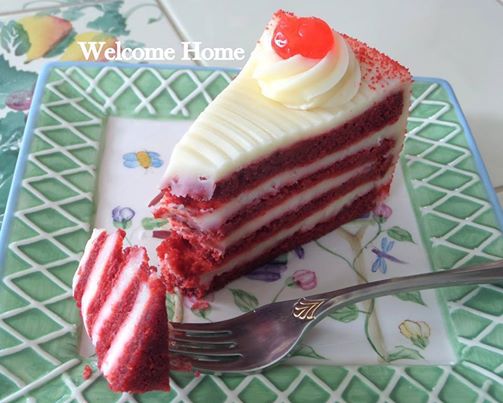 This is not as difficult as you think. You just have to do the steps one at a time to get a beautiful and delicious cake that is so moist and a cheese cake filling so creamy that you will want to make it time and time again. 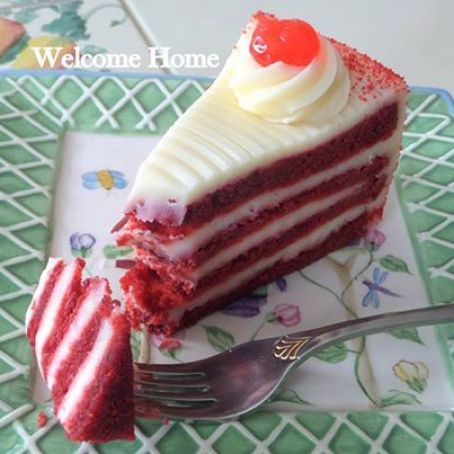 Line the bottom of four 8 inch spring form cake pans with parchment paper cut in circles. Then wrap each cake pan bottom and sides with heavy aluminum foil. Pour in filling into the pans then place in a roasting pan. Pour boiling water into the roasting pan until it comes halfway up the side of spring form cake pans. Bake until just set in center, about 45 minutes. Remove pan from water; let cool 20 minutes. Run a paring knife around edge and let cool completely without removing the cheesecake from the pan. Cover the pan and chill for at least 3-4 hours, then wrap in plastic wrap and freeze.

Preheat oven to 350 degrees. Sift together flour, sugar, baking soda, cocoa, and salt into a medium bowl. In a bowl of an electric mixer, beat eggs, oil, buttermilk, food coloring, vanilla, and vinegar until well combined. Add dry ingredients in three additions and beat at low speed until smooth, about 2 minutes after all the dry ingredients have been added. Divide batter evenly between 4 greased and floured 8-inch round cake pans and bake 25-30 minutes, rotating halfway through, until a toothpick inserted in the center of each cake comes out clean. Let cakes cool 5 minutes, then invert each onto a plate, then invert again onto a cooling rack. Let cakes cool completely.

Beat cream cheese, butter, and vanilla together in a large bowl with an electric mixer until combined. Add sugar and beat until frosting is light and fluffy, 5–7 minutes.

Putting it all together

Place one of the 8 inch cakes on a cake stand. Remove one of the cheesecakes from freezer, unwrap, and remove from the pan and peel off parchment paper. Place cheesecake layer on top of the bottom layer of the red velvet cake. Place another 8 inch cake on top of the cheesecake, and continue doing this with all four layers of cake and cheese cake. Then frost entire cake with cheesecake frosting. I topped it with a maraschino cherry but you can decorate how you'd like it. Try some shaved white chocolate or some sprinkles of red cake crumbs.

NOTE: In the photo, I used only two layers and with a serrated knife, I sliced them in half to form the four layers. I did the same thing with the cheese cake after allowing them to thaw a little before slicing them to fit the cake layers. But for a more impressive tall cake, use all four layers of each.