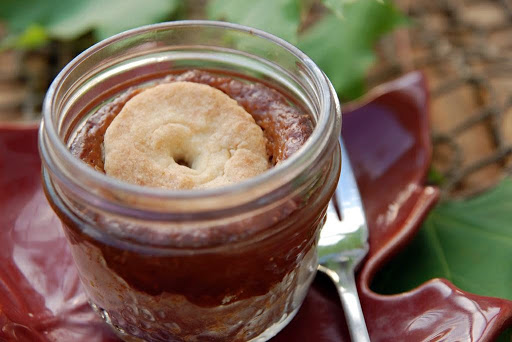 Here is my recipe for Sugar Pie, the Canadian version. I took some liberties with the traditional recipe. Mine has Dulce de Leche, as if it weren't sweet enough already! I also had to throw in a touch of maple syrup, since it's made just 45 minutes from my home! 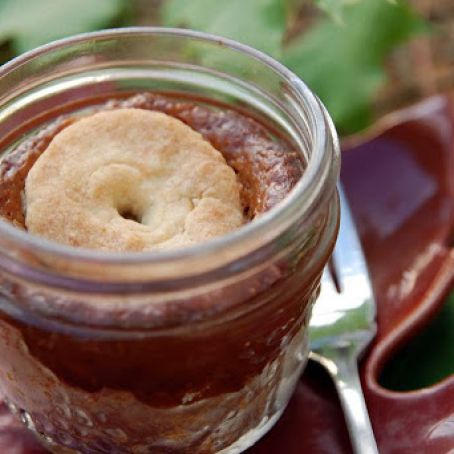 For the pastry: Put all the ingredients on the counter. Blend with your fingers. Add drops of water until it comes together into a ball. Press a small ball into each jar. Chill in the refrigerator for half an hour. (Save some pastry dough for the top.)

Preheat the oven to 375˚F. Pre-bake the shells until they’re golden, about 8-10 minutes. Cool.

Preheat the oven to 375˚F. Pour the filling into the pre-baked shells. Top with a bit of pastry cut into a shape. Bake for 20-25 minutes.