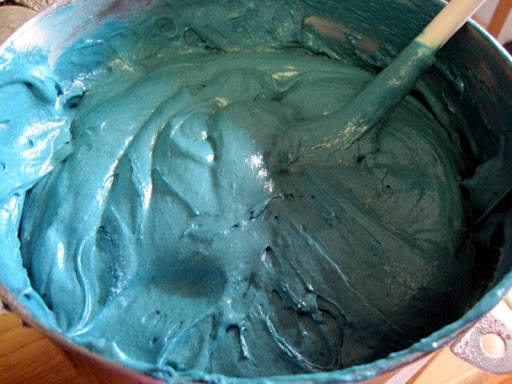 I used this in a cupcake that was cooked in a ice cream cone for my son's birthday party. 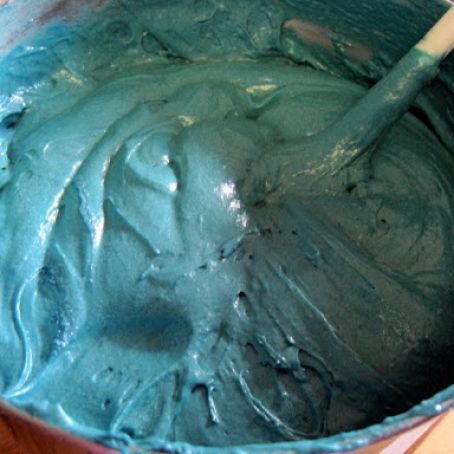 Preheat oven to 350 degrees F. Prepare cupcake pan(s) with paper liners.
Cake:
In a mixing bowl, cream the sugar and butter, mix until light and fluffy. Add the eggs 1 at a time and mix well after each addition. Mix cocoa and food coloring together to form a paste, and then add to sugar mixture; mix well. Sift together flour and salt. Add flour mixture to the creamed mixture alternately with buttermilk. Blend in vanilla. In a small bowl, combine baking soda and vinegar and add to mixture.
Pour batter into cupcake papers. Batter will be thick! Bake for 25–30 minutes, or until a toothpick inserted into the center comes out clean. Remove from oven and cool completely before frosting.
Frosting:
In a large mixing bowl, beat the cream cheese, butter and vanilla together until smooth. Add the sugar and on low speed, beat until incorporated. Increase the speed to high and mix until very light and fluffy. Frost the cupcakes with a butter knife or pipe it on with a big star tip. Embellish as desired.
Cupcakes will be moist, and slightly dense. Exactly what you would expect from a Red Velvet Cake- gone BLUE!