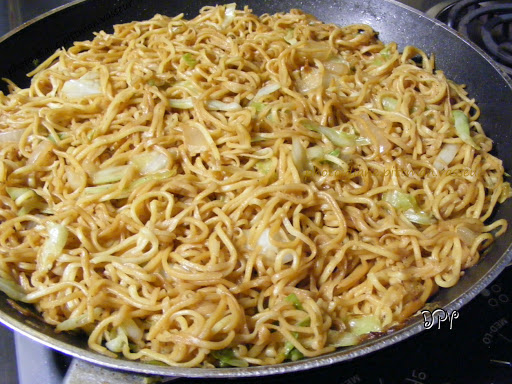 Panda Express copycat recipe with the same great flavor but with a lot less oil ! 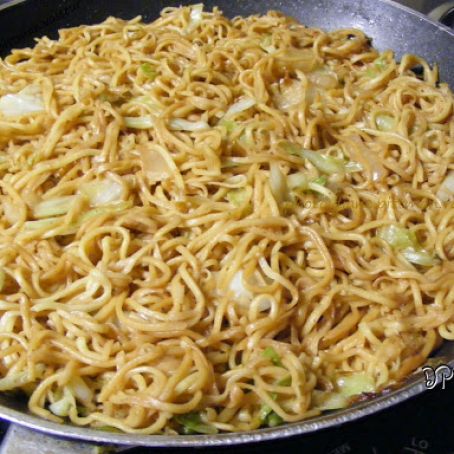 Cut up the onion and cabbage before starting to cook.

Cook noodles in boiling water until almost done (about 1 minute less than specified on package); pour into a colander and rinse under cold water until water runs clear. Set aside. (*Later, they will need to be blotted dry with paper towels before stir-frying.)

In a large skillet or wok, melt the butter over medium heat; add onions and cabbage, pushing them to the edges of skillet then add the sesame seed oil in the center. Stir the mixture together then sprinkle lightly with garlic salt, salt, and pepper. Cook, stirring constantly, until veggies are just tender. (I like them crisp tender.)

Reduce the heat a little then stir in the (paper towel dried) noodles* (see the note below first), oyster sauce, and soy sauce and stir-fry the mixture until thoroughly combined and heated through, 5-10 minutes. Serve immediately.

*NOTE*
I had to rinse the noodles again because they were stuck, then blotted them dry with paper towels. I had a few left over that I didn't use.