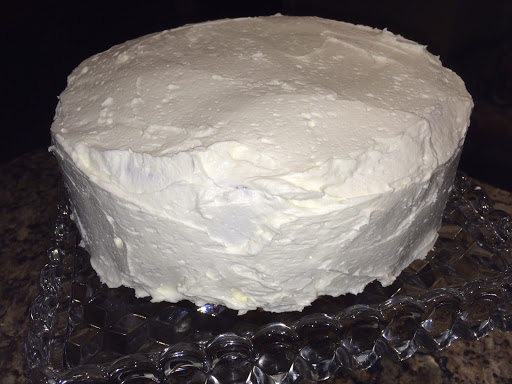 Many thanks to Brooke from the blog Chocolate + Marrow for sharing this fabulous recipe. I have a weakness for white wedding cake and this one is perfect. 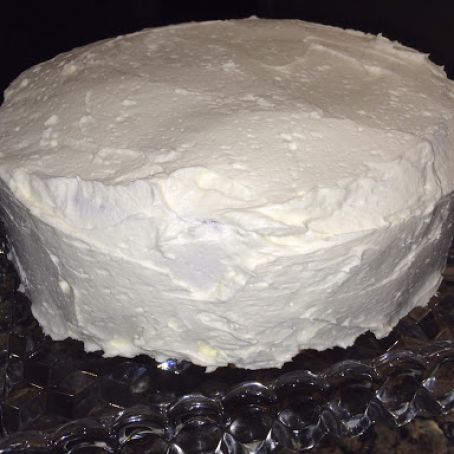 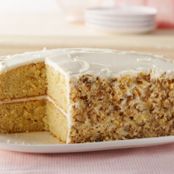 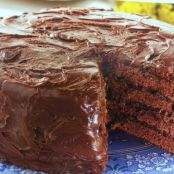 For cake: Preheat oven to 350 degrees. Grease the bottom of 2 9-inch round baking pans with butter. Depending on what kind of bakeware you use, you many want to use buttered parchment paper to line the pans so the cakes release easily from them. If you're using professional-grade non-stick cake pans, plain butter will work fine-no need for parchment paper.
Either using a stand mixer or a medium bowl with a handheld mixer, whisk the egg whites until foamy, about 1 minute. Add 1/4 cup of sour cream, 1 1/2 tsp vanilla extract and 1 1/2 tsp almond extract, whisking to incorporate. Pour into a separate bowl and set aside.
In the large bowl of a standing mixer (or a large bowl if you're using a handheld mixer), add the cornstarch, cake flour, all-purpose flour, baking powder, salt and sugar and mix on low until combined. Add the butter and the remaining 3/4 cups of sour cream, continuing to mix on low until combined. Once well combined, increase to medium speed and beat for 2 minutes, or until mixture is slightly aerated, making sure to scrape down the sides as you go.
Return the mixer to low speed and incorporate 1/3 of the egg white mixture, then the second third, and then the final third, continuing to beat after each addition until combined and making sure to scape the side of the bowl as you go.
Divide the batter between the two pans, smoothing out the top. Bake for 35-40 minutes or until the cakes are slightly golden on the tops and spring back easily to the touch. Remove them from the oven and let cool on a wire rack for 20-30 minutes.
Flip the cakes out onto a clean work surface, or if you're preparing to use the day before, wrap them in saran wrap and refrigerate until ready to frost.

For frosting: While cakes are cooling, prepare the frosting.
Beat the butter on low speed using a standing mixer or with a handheld mixer in a large bowl until smooth, about 30 seconds. Add the powdered sugar, salt, vanilla extract, and almond extract and return the mixer to low speed until combined. Finally, add the half and half/cream and increase the speed on the mixer to medium and beat 3 additional minutes, or until frosting is light and fluffy.

Assembly: Once the cake has cooled, place the first cake layer on a cake stand or sheet. If you notice either of your cakes have jagged edges or are puffed up in the middle, use a serrated knife to even them out. Take just under 1/3 of the frosting and spread it evenly on top of the first layer. Stack the second layer on top of it and do the same for the top of the cake. Take the final 1/3 of the frosting and spread it evenly on the sides of the cake.
Once cake is frosted, serve immediately. 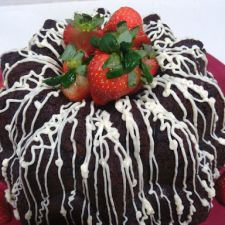