Bucatini is a spaghetti like pasta with a hole running through the center. It's thicker than spaghetti and holds up to thick sauces well. 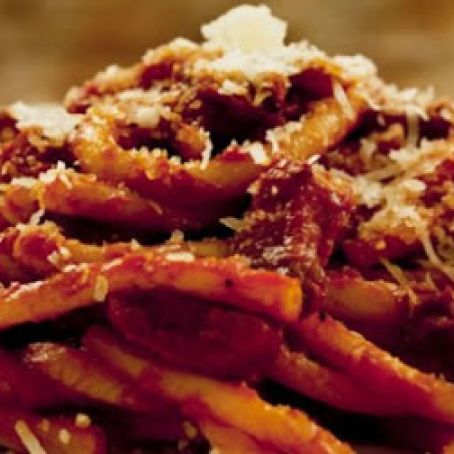 Cook bacon in a Dutch oven until crisp; transfer to a paper-towel-lined-plate. Drain all but 2 T. drippings. Add ground sirloin and cook over medium heat until browned, crushing with a potato masher into small pieces.

Cook bucatini in a pot of boiling salted water and drain.