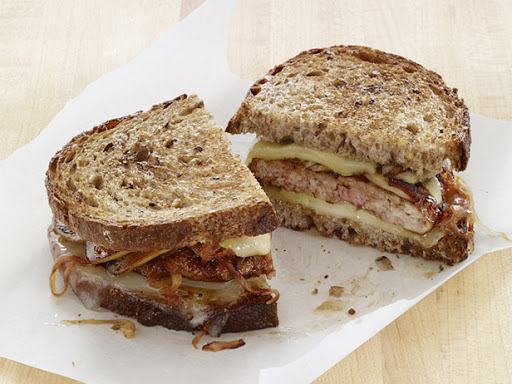 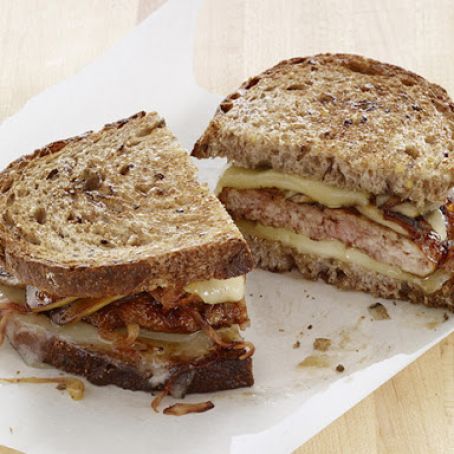 In a medium skillet, melt 2 tablespoons of the butter over medium-low heat. Throw in the sliced onions and cook slowly until the onions are golden brown and soft, 20 to 25 minutes, stirring occasionally.

In a medium bowl, mix together the ground beef, Worcestershire and some salt and pepper. Form into 4 patties.

Melt 2 tablespoons of the butter in a separate skillet over medium heat. Cook the patties on both sides until totally done in the middle.