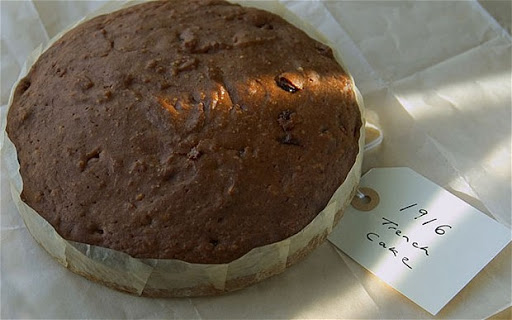 There are no eggs in this recipe and vinegar was used to react with the baking soda to help the cake rise. 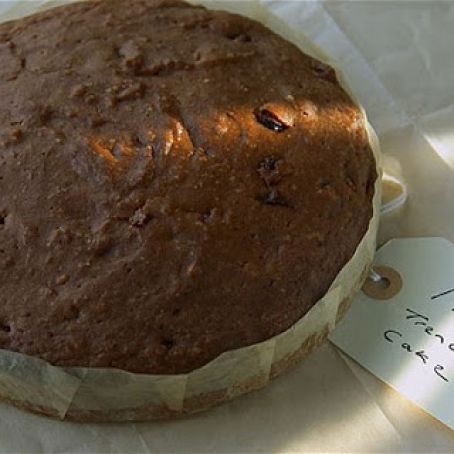 Grease a cake tin.
Rub margarine into the flour in a basin.
Add the dry ingredients.
Mix well.
Add the soda dissolved in vinegar and milk.
Beat well.
Turn into the tin.
Bake in a moderate oven for about two hours.