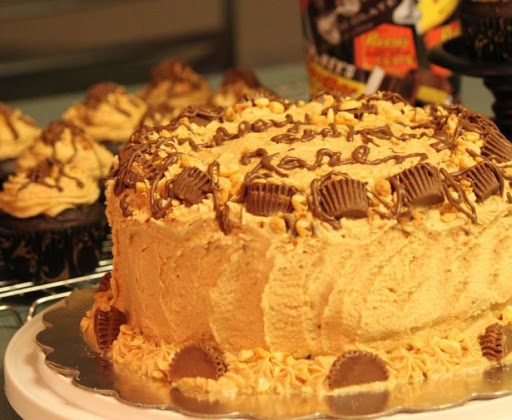 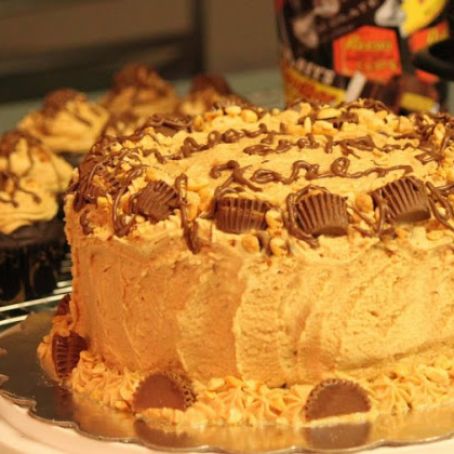 In the bowl of an electric mixer fitted with a paddle attachment, cream butter,

until light and fluffy, approximately 5 minutes. Lower the speed to medium

and add eggs, 1 at a time, then add the vanilla and mix well.

In a separate bowl, whisk together the buttermilk, sour cream and coffee.

In another bowl, sift the all-purpose flour, baking soda and salt.

On low-speed, add the buttermilk mixture and the flour mixture alternately in

mixture and ending with the flour mixture. Mix only until blended (do not

over mix). Fold the batter with a rubber spatula to be sure it’s completely

**If icing is too thick, all more whipping cream, if too thin, add more confectioner’s sugar.

scoop is the right amount). Bake in the middle of the oven for 20 to 25

minutes, until a toothpick inserted n the middle of a cupcake comes out

*** If making a cake, bake at the same temperature, but bake approximately 25 to 30 minutes, or until a toothpick inserted in the middle comes out clean.

Cool for 10 minutes, remove from pans and allow to cool completely before icing.

**For a cake, cool for 15 minutes in pan the invert and cool on a wire rack.

Peanut Butter Icing
Place the confectioners’ sugar, peanut butter, vanilla, and salt in the bowl of

an electric mixer fitted with the paddle attachment. Mix on medium-low

speed until light and creamy, scraping down the bowl with a rubber spatula as

you work. Add the cream and beat on high-speed until the mixture is light and

smooth.
DECORATING IDEA FOR CAKE: Ice first layer, then cut up about 10 small Reese’s Peanut Butter Cups and sprinkle on top the icing before putting second layer on. After putting the second layer on, ice cake as you would normally do. Cut up additional Reese’s Peanut Butter Cups in 1/2 and place around the edges at the top of cake and at the bottom of cake. Sprinkle peanuts (optional) along the top edge and the bottom edge. Drizzle melted semi-sweet chocolate (optional) all along the top edge of cake. On the photo above, I placed the peanut butter cups the opposite direction. When you put them on the cake, have them turned the opposite direction I have them on this cake. It really makes no difference which direction, I just think they look better faced the opposite direction of how I have them in the picture posted above.