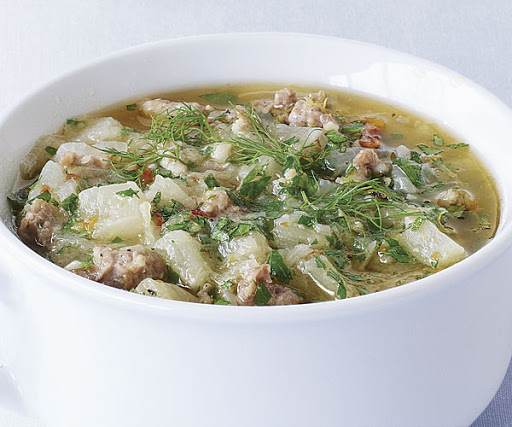 Somewhere between a soup and a stew, this comforting winter dish becomes pleasantly thick from mashing the potatoes into the broth just before serving. 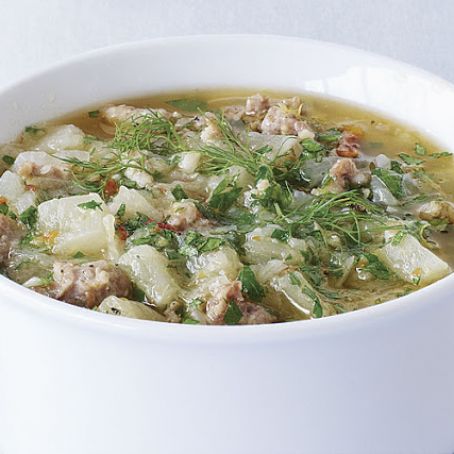 Heat the oil in a 4-quart saucepan over medium-high heat. Add the sausage and cook, stirring with a wooden spatula to break it up into small pieces, until it starts to brown, about 3 minutes. Stir in the potato, onion, and fennel and cook, stirring occasionally, until the onion begins to soften, about 2 minutes. Add the sherry and stir, scraping the bottom of the pot to loosen any browned bits, about 30 seconds.

Stir in the chicken broth and bring to a boil over high heat. Reduce the heat and simmer until the potatoes are tender when pierced with a fork, 10 to 12 minutes.

Using the spatula or a potato masher, gently crush the cooked potatoes until most of them are mashed and the stew is somewhat thickened. Season with 1 tsp. salt and 1/2 tsp. pepper. Serve hot, garnished with the fennel fronds.