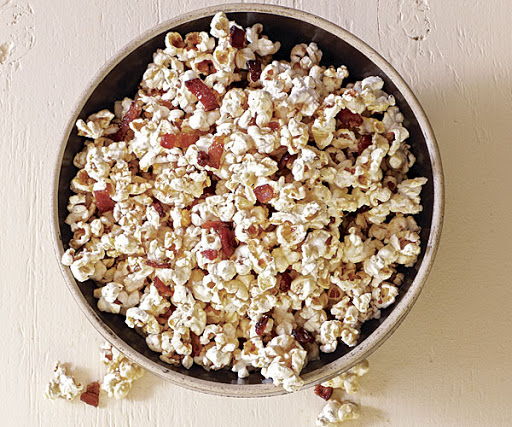 Popcorn popped in bacon fat is a decadent snack on its own. Maple gives it a salty-sweet flavor profile that takes it over the top. Serve immediately after drizzling the maple-butter mixture on so that it doesn’t get soggy. 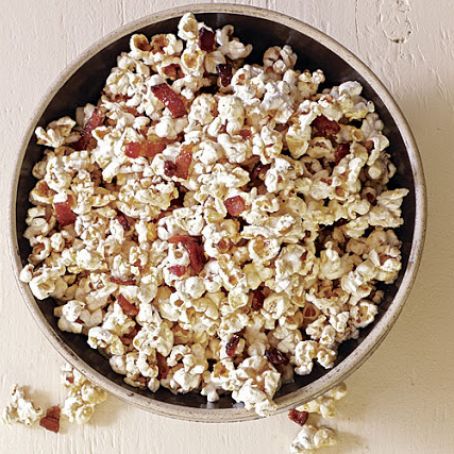 Pour a thin layer of water (about 1/2 cup) into an 8-inch skillet. Add the bacon and start cooking it over low heat, gradually increasing the heat to medium high as the fat starts to render and stirring occasionally, until the water has cooked off and the bacon is crispy, about 15 minutes. Using a slotted spoon, transfer the bacon to a paper-towel–lined plate to drain.

Transfer the bacon fat to a 6-quart pot and add the popcorn. Cover and cook over medium-high heat, shaking the pot occasionally, until the kernels start to pop. Then shake the pot back and forth over the heat constantly until the popping has stopped. Remove from the heat.

In a 1-quart saucepan, warm the maple syrup and butter over low heat until the butter is melted, about 5 minutes. Let cool slightly, 2 to 3 minutes.

In a large bowl, toss the popcorn and bacon with the warm syrup mixture until coated. Season to taste with salt, toss again, and serve. 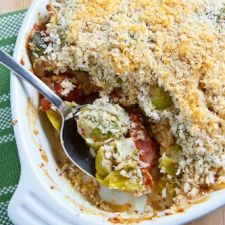