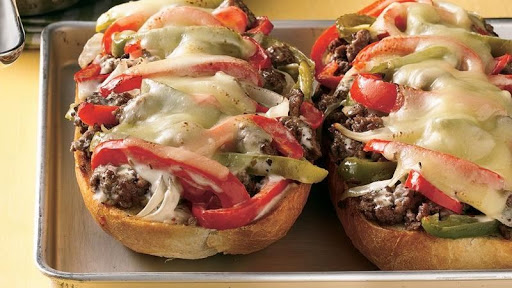 Hearty sandwich that looks like mummies! This is a take on a pepper steak sandwich, but made with ground beef and the cheese melted to make it look like a mummy. 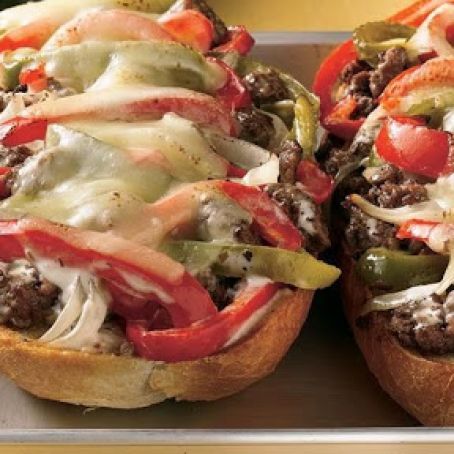 In 12-inch nonstick skillet, cook beef, bell peppers and onion over medium-high heat 5 to 7 minutes, stirring frequently, until beef is thoroughly cooked; drain. Stir in 1/4 cup of the dressing.

Spread remaining 1/4 cup dressing on cut sides of bread. Place both halves, cut sides up, on ungreased large cookie sheet. Broil with tops 4 to 6 inches from heat 2 to 4 minutes or until lightly toasted. Remove bread from broiler. Spread beef mixture on cut halves of bread. Top with cheese.

Return to broiler; broil 4 to 6 inches from heat 2 to 3 minutes or until cheese is melted. Cut each half into 2 pieces.

TIPS:
You can use any meltable cheese for these sandwiches, such as American, mozzarella or Gouda.
Italian bread has a dense texture that works well for these hot broiled sandwiches 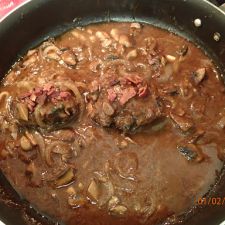