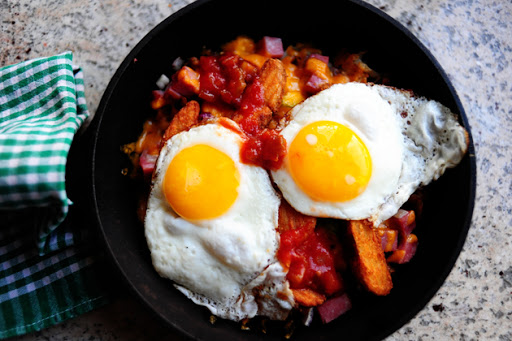 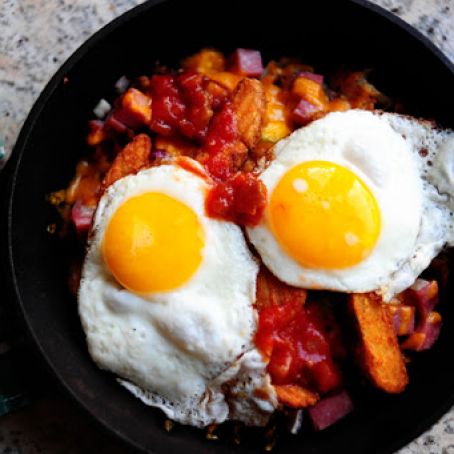 Fry hash browns and potato wedges in separate skillets according to package directions until golden brown and crisp. Sprinkle with salt and pepper. (May bake in the oven if you prefer). Drain on a paper towel and keep warm.

Heat 2 tablespoons butter in a large skillet. Throw in veggies and ham; toss around for several seconds. Turn off heat and allow to stay in pan.

In four individual skillets (or one very large one) layer:

Place into a preheated 300 degree oven for a minute or two, until the cheese is melted. Remove from oven with an oven mitt, as skillet will be hot.

Melt two tablespoons butter in a nonstick skillet and fry eggs to the specifications of your guests.

Place five potato wedges over the top of the melted cheese, then top with two eggs per skillet.

Spoon salsa or pico de gallo over the top and serve immediately. Enjoy!