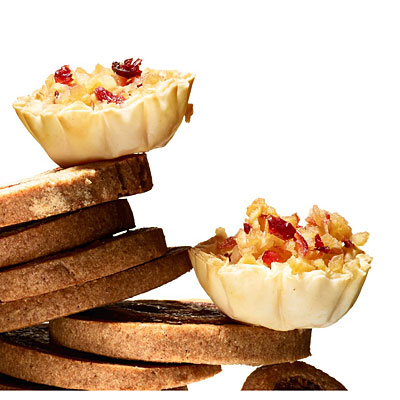 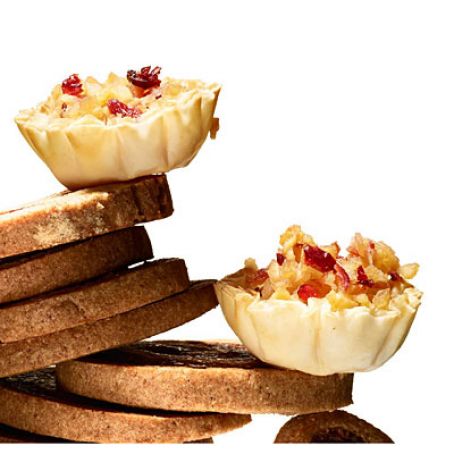 1. Place a rack in middle of oven; preheat to 400ºF. Line a baking sheet with parchment and place tartlet shells on it.

2. In a medium pan, bring cider and cinnamon stick to a boil over high heat. Boil until cider has reduced to 1/4 cup, about 7 minutes. Stir in apples, butter and salt. Continue boiling, stirring occasionally, until almost all liquid has evaporated and apples are tender, about 5 minutes. Discard cinnamon stick. Stir in cranberries.

3. Divide apple mixture among tartlet shells, using about 2 tsp. for each. (You may have some filling left over; cover and refrigerate. Use to top yogurt or oatmeal.) Bake until shells are golden brown and crisp, about 15 minutes. 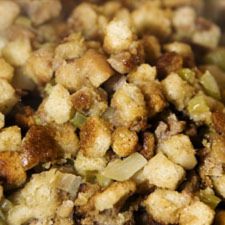