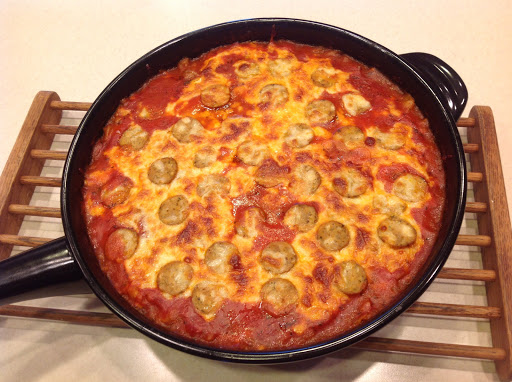 From Sharon Stonger of Nourishing Days. Recipe Note: Use whatever meat or vegetables you generally like on pizza. Swap out pepperoni for sausage, use peppers instead of mushrooms, etc.

My notes: I used my large ceramic skillet. I had a large head of cabbage so I used 32 ounces of marinara sauce, which was a bit too much, making the final product somewhat runny. I didn't have mushrooms. I used a whole green pepper. I used 8 ounces shredded mozzarella cheese per the recipe, but should have used more since I had increased the cabbage so much. I used 4 links of chicken sausage. 3 of them I diced and mixed in with the cabbage. The 4th one I sliced like pepperoni and put on the top of the pizza. All in all, it was a very good recipe that I will make again. I think it will be even better the next time when I incorporate my learnings from this time and make appropriate adjustments. Alyssa really liked it and thought it tasted like pizza. Using the large head of cabbage, it filled my large skillet and made a lot. I think the boys would like it too. I was really pleased with the end result and with how healthy the ingredients are! 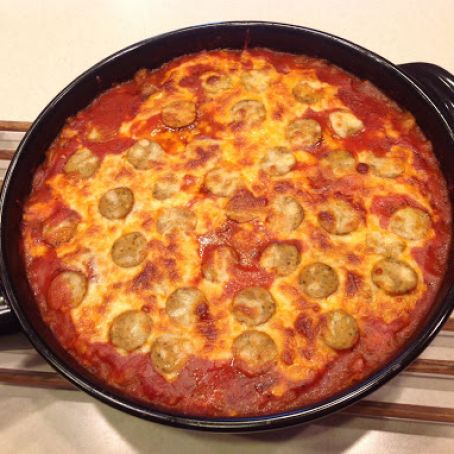 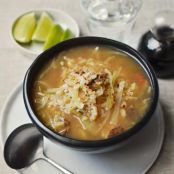 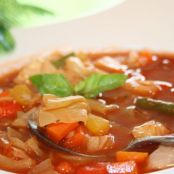 Preheat the oven to 400 degrees and place a 12″ oven-safe skillet over medium-high heat. Add the lard followed by the mushrooms. Let the mushrooms brown for a few minutes before stirring. Saute for about five minutes, or until they begin to brown and soften.
Add the sliced onion and cook a few minutes while you prepare the pepperoni. Set aside one handful of the pepperoni for topping, and then dice the rest into bite-sized pieces. Add to pan with onions and mushrooms and allow to cook for several minutes to render out some of the pepperoni fat.
While that is cooking, prepare your cabbage. Slice into quarters, remove core, and then slice each quarter thinly as you would for making coleslaw. Cut these shreds into thirds, horizontally, and add to pan. Continue with the rest of the cabbage.
Once all of the cabbage is in the pan give it a generous sprinkling of salt, crank the heat to high, and stir occasionally. This is the time when you want the cabbage to cook out all of its moisture. It should take 5-10, depending on how fresh it is.
Once the cabbage cooks down a bit, add the tomato sauce, oregano, and garlic powder. Cook, stirring occasionally, for about 5 minutes or until all flavors are combined and the sauce and vegetables are nice and thick. Taste for seasoning and add salt as necessary.
Turn stove top off, pat cabbage mixture down into an even layer in the skillet and top evenly with sliced cheese. Disperse pepperoni evenly on top of cheese.
Move to oven and bake for about 20 minutes, or until cheese is melted and golden brown. Let sit for at least 10 minutes before serving. Serve with a salad or sauerkraut. 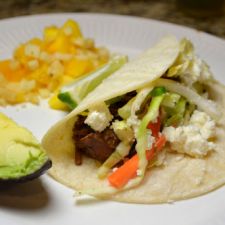