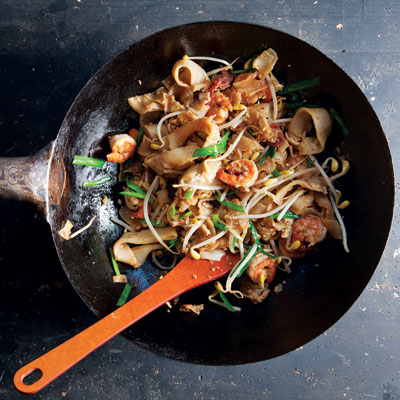 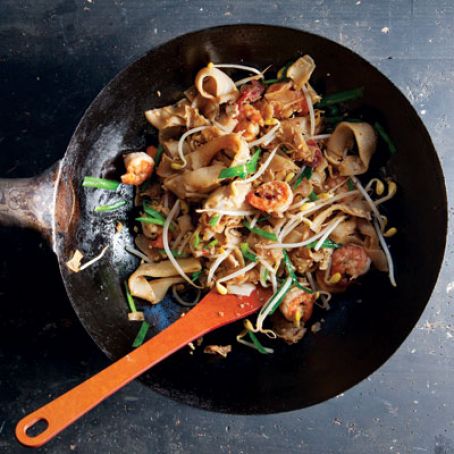 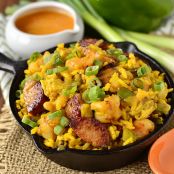 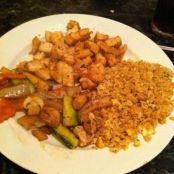 Place shrimp paste on a small piece of foil, and wrap around paste to form a packet; heat broiler to high and broil packet until fragrant, about 8 minutes. Let paste cool slightly, then transfer to a cutting board and add drained chiles; using a chef knife, cut and mash paste and chiles together until a smooth paste forms; set paste aside.

Make a well in the center of the noodles; add egg, and cook, without stirring, until the white is half-set, about 45 seconds. Add sprouts and chives, and stir noodles and egg until evenly incorporated and sprouts and chives begin to wilt, about 1 minute. Serve immediately. 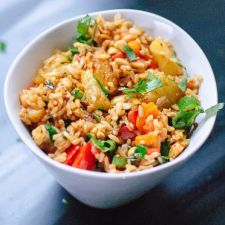