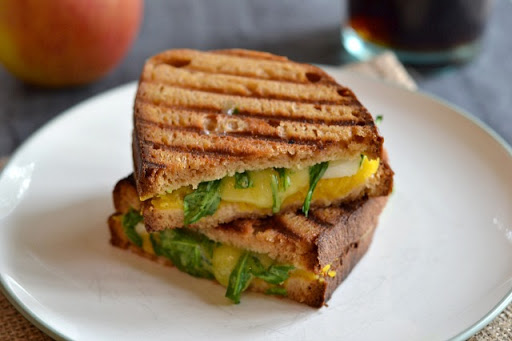 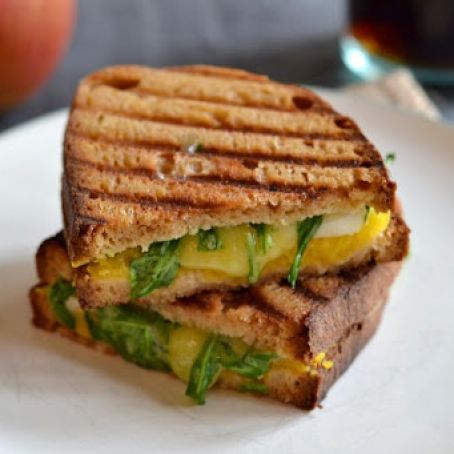 Cooking the Pumpkin
Preheat the oven to 350 degrees F.
Wash the skin of the pumpkin with soap and water.
Carefully slice the pumpkin in half, from top to bottom, with a very sharp knife.
Scoop out the seeds and throw them away.
Place the pumpkin halves in a large baking dish, face down.
Fill the dish with ½ cup water then bake the pumpkin for 1 hour.
Remove the pumpkin from the oven, carefully flip the halfs over and checked that the flesh is tender with a fork.
Set the cooked pumpkin aside to cool enough to handle, around 15 minutes. Scoop out the flesh and throw away the skin. You can store the flesh in an airtight container for up to 1 week in the fridge.

Pumpkin Grilled Cheese
Slather butter on the outside of the sliced bread.
Scoop some of the cooked pumpkin flesh on the bottom of one slice.
Place a layer of sliced apple on the pumpkin.
Add the sliced cheddar cheese then a handful of arugula.
Warmed a grill pan (you can also use a regular saucepan) over medium heat then add the stacked sandwich, butter side down, to the pan. Top it with the second slice of buttered bread.
Push down on the sandwich with a spatula. After three minutes on one side, carefully flip the sandwich, press down again with the spatula and cook for another three minutes. The bread should be toasted on both sides.
Remove the grilled cheese from the pan and slice it in half.
Follow the same directions for the second sandwich. 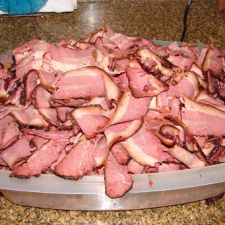