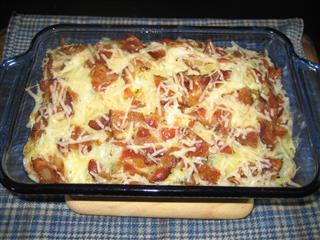 This is a great dish for Breakfast. Pop it in your oven and you have a nice hot Breakfast for two! Lot’s of flavor and Low Carb to boot! Even if you are not watching your Carb count, you will love this Recipe! 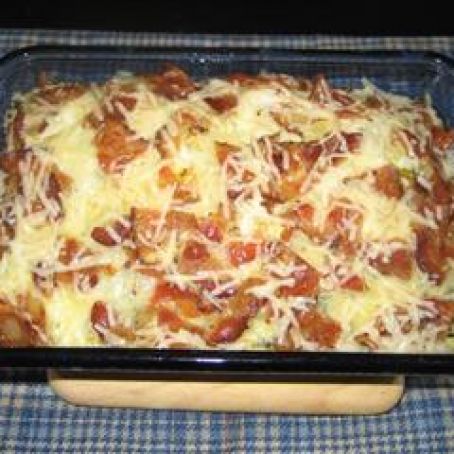 2. Cook Bacon in a frying pan, then remove from pan. Reserve 1 Tablespoon of Bacon fat in pan

3. Add Spinach and Green Onions to the frying pan and cook just until the Spinach has wilted

4. Spray a 1 Quart Baking Dish with Non Stick Cooking Spray and layer the Spinach and Onion on the bottom of the pan

5. Next layer the Sliced Mushrooms on top of the Spinach layer

6. The Swiss Cheese comes next. Layer it right on top of the Mushrooms. You may have to cut the slices to fit in a single layer depending on the shape of your Baking Dish

7. In a small mixing bowl, combine the Eggs, Egg Whites, Mrs Dash and Black Pepper, then pour over the Cheese layer in your Baking Dish

8. Now cut your Bacon into bite size pieces and layer on top of the Egg mixture

9. Finally, sprinkle the Parmesan Cheese on top and add another dash of Freshly Ground Black Pepper

10. Bake for 25 -35 minutes, until fluffy and just starting to turn a slight golden brown on the edges

Serve this dish with a side of Sour Cream. 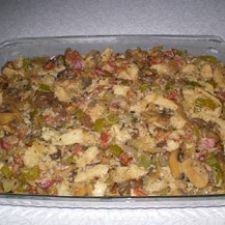