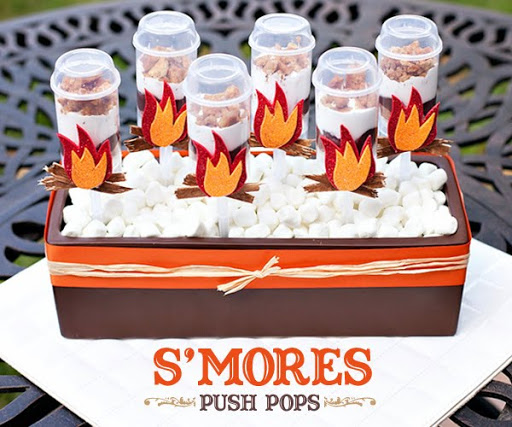 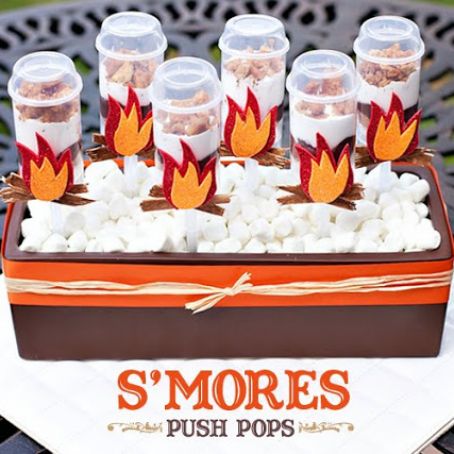 Crush graham crackers in a big ziplock bag. Melt butter in the microwave, then pour it into the graham cracker bag. Mix well. Take a spoonful of the graham and butter mixture and put it in the bottom of the push pop container..

Next, take the chocolate pudding and put it in a small ziplock bag. Seal the bag and cut on of the bottom corners off with a pair of scissors. Gently squeeze out the pudding into the push pop container to form the 2nd layer. Break off 1 square of a Hershely’s chocolate bar and place on top of the pudding layer. Using another small ziplock bag with the corner snipped off, squeeze a layer of marshmallow creme into the push pop. Top the marshmallows with one more layer of graham crackers, then seal the push pop container with its lid..

Repeat the above steps until you have the desired amount of push pops!