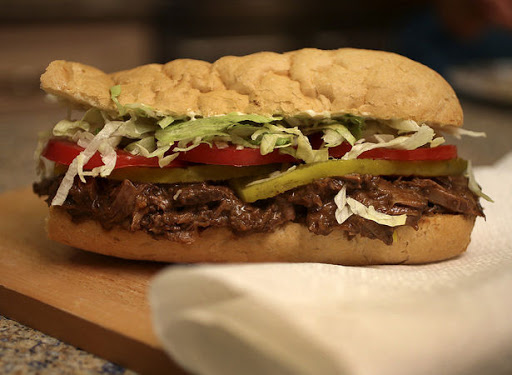 The beef is a classic braise, a tougher cut of meat long-cooked over low heat until perfectly tender. To develop more flavor, the beef is seared after a massage with seasonings.

To slice the beef very thinly for po-boys, it is cooked a day ahead of time, which also gives the cook the opportunity to remove fat from the sauce. French bread is toasted, to help the bread stand up to the sauce.
To serve this as a pot roast, add vegetables, including some peeled potatoes cut in chunks, 90 minutes or so into the cooking time. Be sure they are tender when you test the meat after three hours.

Three things are a must: A very heavy pot; time in the kitchen, and lots and lots of napkins when you serve the poor boys 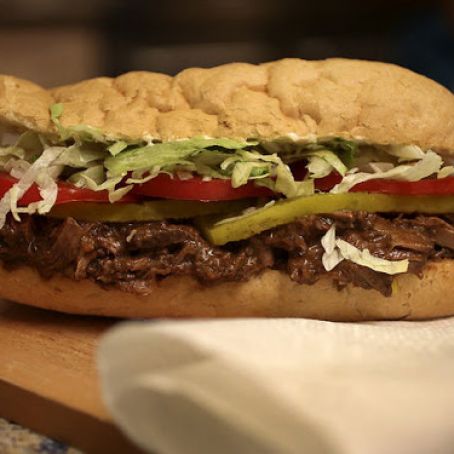 Lavishly sprinkle the roast with garlic powder, onion powder, salt and pepper, and rub it into both sides. Heat oil in your heaviest pot with a lid, such as a Magnalite or cast iron pan. Add the roast. Over high heat, sear it on both sides until well browned, turning once with tongs and a heavy spatula.

Preheat oven to 325 degrees. Mix in a medium bowl the beef stock, cream of mushroom soup and Kitchen Bouquet, whisking if necessary to break up lumps. Put the vegetables beside and under the roast. Pour the beef stock mixture over all and make sure everything is covered by the liquid.

Put the lid on the pot and put it in the oven. After two hours, check to see if the meat needs to be rearranged in the liquid to be completely covered. Put the lid back on and return to the oven. After another hour, remove and use a fork to check the consistency of the roast. If it doesn't shred easily, return to the oven for another hour. Total cooking time should be three or four hours.

Remove from the oven when fork-tender. Remove the meat to a refrigerator container, leaving the liquid in the pot. Cover and refrigerate the meat.

The next day, remove the meat to a cutting board. Use a very sharp knife to slice the roast as thinly as possible, about 1/8-inch. Remove fat from the top of the sauce and discard. Pour the sauce into a large saucepan, and add the slices to the sauce. Reheat over medium heat.

Cut French bread horizontally into two pieces, and toast until interiors are just browned. Lay the slices flat on a work surface. Cover one side with iceberg lettuce, then a layer of tomatoes, then pickles. Smear mayonnaise evenly on the other half, then generously layer on the warmed meat. Top with a ladle of gravy, then carefully press the two slices together. 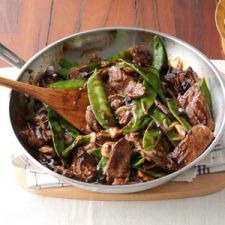