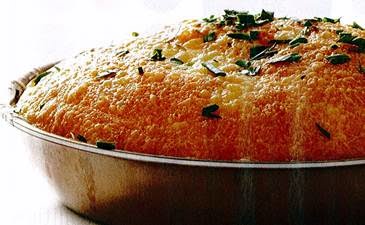 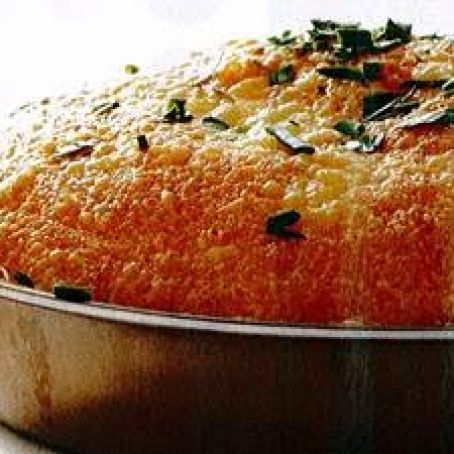 Preheat the broiler and position a rack in the center of the oven about 8 inches from the heat.

Separate three large eggs. In a bowl, whisk the egg yolks with a pinch of salt.

Fold the yolk mixture into the remaining whites until no streaks remain.

In an 8-inch ovenproof nonstick skillet, melt 1-1/2 tablespoons butter. Add the egg mixture to the skillet and shake to evenly distribute.

Sprinkle 1/2 cup Gruyere all over and transfer the skillet to the oven. Broil the omelet for 3 minutes, until lightly browned and very puffy.

Garnish the omelet with herbs and carefully slide onto a plate, folding it in half. Serve right away.