Baltimore is known for its pit beef, the charred crust and juicy rosy pink interior tastes so good!

Pit beef, Baltimore’s signature sandwich, starts as a massive spice-rubbed roast beef grilled over a hot fire. The meat is sliced paper thin, piled on a big squishy bun, and topped with a few rings of raw onion. But could we recreate this sloppy, spicy, savory mess of a sandwich in our own kitchen? Here’s what we discovered:

Traditional Baltimore pit beef usually starts with whole top or bottom rounds. While flavorful, these monstrous cuts are also notoriously tough when cooked medium rare. We turned to top sirloin roast for affordable, tender, and flavorful sandwich meat that performed better than the round roasts in a side-by-side test on the grill.

After getting the ratios right in our paprika-based rub, we found that even with the savory exterior, the meat’s interior was still undeniably bland. To fix this, we cut our roast in half—the seasonings permeated the two smaller roasts more quickly and now we had twice the smoky, spicy crust.

To char the roasts while avoiding a band of overcooked gray meat just below the surface, we wrapped our roasts in aluminum foil until they reached about 100 degrees. Then we cranked the grill, gave the roasts another dusting of seasoning, and seared them on the hot grill for about 15 minutes. They emerged charred on the outside and uniformly rosy within.

To top our sandwiches, we put together a simple version of traditional Tiger Sauce with a combination of mayonnaise, horseradish, lemon juice, garlic, salt, and pepper.

Whisk mayonnaise, horseradish, lemon juice, and garlic together in bowl. Season with salt and pepper to taste. (Sauce can be refrigerated for up to 2 days.)

Turn all burners to high, cover, and heat grill until hot, about 15 minutes. Leave primary burner on high and turn off other burner(s).

Clean and oil cooking grate. Unwrap roasts and place end to end on long side of 18 by 12-inch sheet of aluminum foil. Loosely fold opposite long side of foil around top of roasts. Place meat on cool part of grill with foil-covered side closest to heat source. Cover (positioning lid vents over meat if using charcoal) and cook until meat registers 100 degrees, 45 to 60 minutes.

Pat roasts dry with paper towels and rub with remaining spice mixture. Place meat on hot part of grill. Cook (covered if using gas), turning occasionally, until charred on all sides and meat registers 120 to 125 degrees (for medium-rare), 10 to 20 minutes. Transfer meat to carving board, tent loosely with foil, and rest 15 minutes. Slice meat thin against the grain. Transfer sliced beef to buns, top with onions, and drizzle with sauce. Serve. 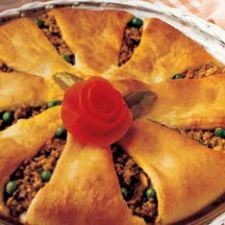