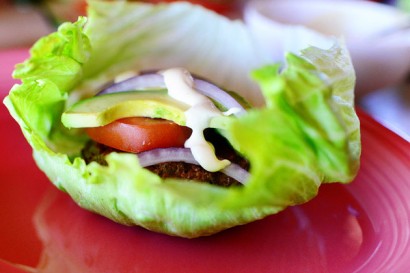 "A few years ago, I went on a low-carb kick in an attempt to shed some baby weight, some back fat, some jiggle, and some rotundity. Is rotundity a word? If so, that’s part of what I was trying to shed. I wound up being successful in my attempt because guess what? When you don’t eat bread all the time, you tend to be less round!

I’m sorry to be such a buzz kill on a Monday morning. I’m just sharing my journey.

In the big city one day, I was ravenous. So I stopped at Carl’s Jr. to get a cup of ice to munch on when lo and behold, I saw something called a “low carb burger” on their menu. I was intrigued.

The low-carb burger, it turned out, was a regular hamburger. Except instead of being sandwiched between two halves of a bun, it was expertly wrapped inside a bunch of lettuce.

Then I lost ten pounds. Well, it happened gradually. Took me about six weeks or so. But that low-carb burger is what started it all.

Oh, and I’ve since gained it back.

Wasn’t that a beautiful story?

Here’s my own version of the low-carb burger that helped me lose ten pounds several years ago that I’ve since gained back and then some.

Sorry I talk so much." Ree- author of The Pioneer Woman Cooks
http://thepioneerwoman.com/cooking/2012/07/low-carb-burgers/#recipe-form-225808 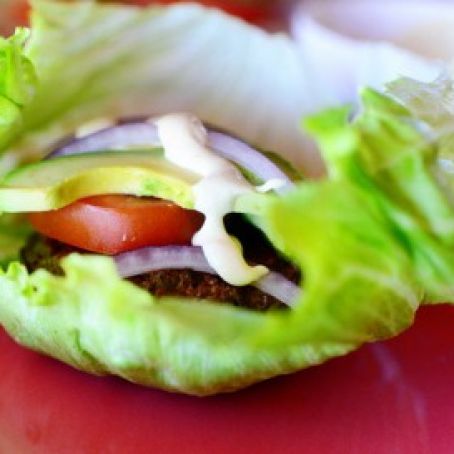 Make the sauce: Mix together mayonnaise, Dijon, and Worcestershire. Set aside.

Heat butter in a skillet over medium-high heat. Fry patties until done in the middle.

Cut the base of each lettuce leaf on the head and carefully peel it away so that it stays as intact as possible. Use 2 or 3 leaves per burger patty and wrap them around the patty as tightly as you can.

Slice in half and serve immediately!