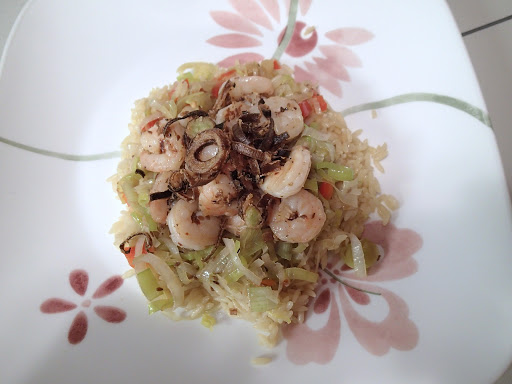 Frizzled leeks on top of a bed of rice with spicy shrimp and leeks. 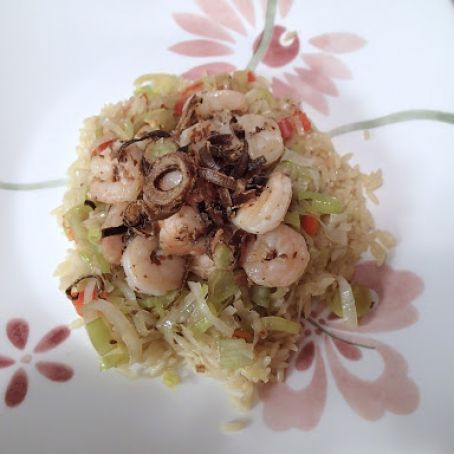 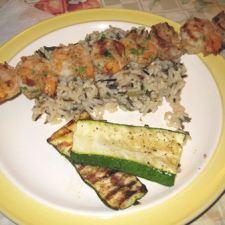