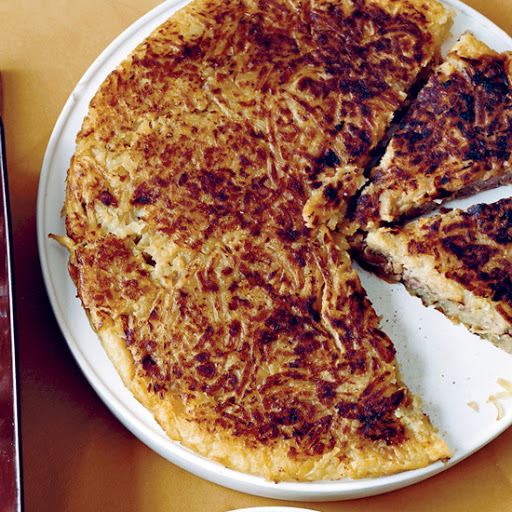 This Sausage Stuffed Potato Galette makes a beautiful golden brown round of sausage, fennel and onions between layers of crisped potatoes. 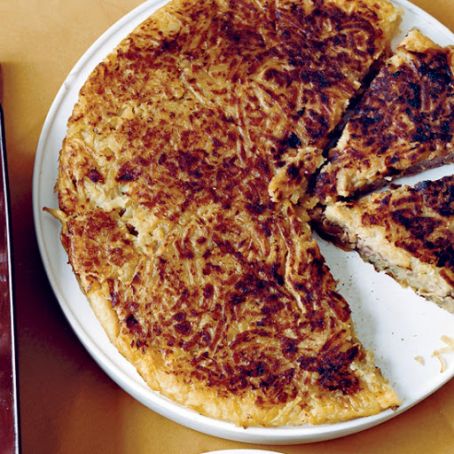 In a large saucepan, cover the potatoes with water and bring to a boil. Simmer until partially cooked, 8 to 10 minutes. Transfer to a plate and let cool. Peel the potatoes and coarsely shred them on a box grater. Spread the shredded potatoes on a baking sheet; season very lightly with salt and pepper.

In a 12-inch nonstick ovenproof skillet, heat 1 tablespoon of the oil. Add the fennel and onion, cover and cook over moderate heat until softened, 5 minutes. Uncover and cook, stirring occasionally, until lightly browned, 5 minutes longer. Let cool slightly, then transfer to a food processor. Add the sausage and pulse to combine.

Wipe out the skillet and coat with 1 tablespoon of the olive oil. Press half of the shredded potatoes in the bottom of the skillet and partially up the side. Spread the sausage mixture over the potatoes, leaving a 1-inch border all around. Press the remaining potatoes on top in an even layer, sealing the edges. Cook over moderately high heat until the bottom is golden, 15 minutes.

Carefully slide the potato galette onto a large plate and cover with the skillet. Invert the galette into the skillet. Drizzle the remaining 1 tablespoon of oil around the edge of the galette and cook over moderately high heat for 5 minutes. Transfer the skillet to the oven and bake for 45 minutes, or until the bottom is well browned and the sausage is cooked through. Slide the galette onto a cutting board, cut into wedges and serve. 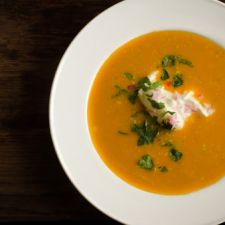