When Scott and I would visit our Grandma Schiessl in Madrid, Iowa, she would often make these fluffy dumplings. She knew they were my favorite. When I was newly married, I could never get baking powder dumplings quite right. Then I came across this hand written recipe in my mom's old "Bride's Cookbook." The recipe had been written out by my dad's mother in 1968, the year my mom and dad were married. The pot must be kept covered; remember not to peek! 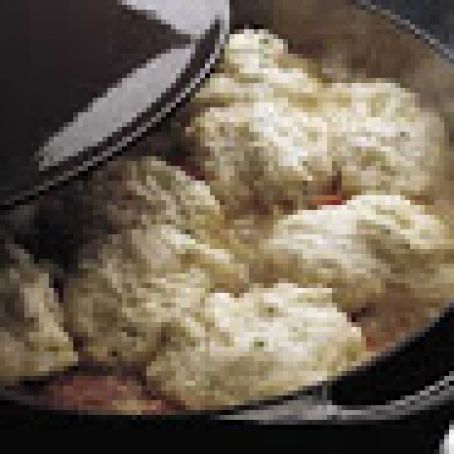 * pour condensed soup and the 2 cans of water into large stock pot, bring to boil (if you are cooking dumplings in homeade soup, bring the soup to a boil in a stock pot with a lid)
* in mixing bowl, mix flour, salt and baking powder
* cut butter into dry ingredients using pastry cutter or two table knives until butter is pea sized
* add 1 cup of milk, stir mixture until it forms a sticky dough
* turn down temperature of soup to simmer
* quickly add dumpling dough by the tablespoon to soup in pot using your fingers
* Cover, let simmer 10 minutes, DO NOT OPEN LID
* Remove dumplings with a slotted spoon