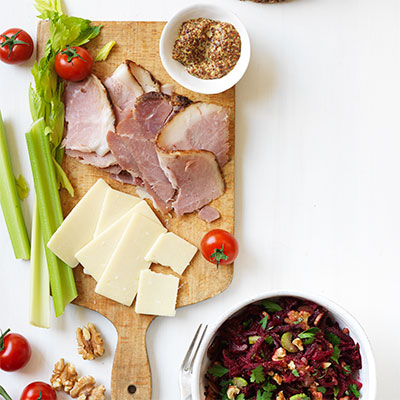 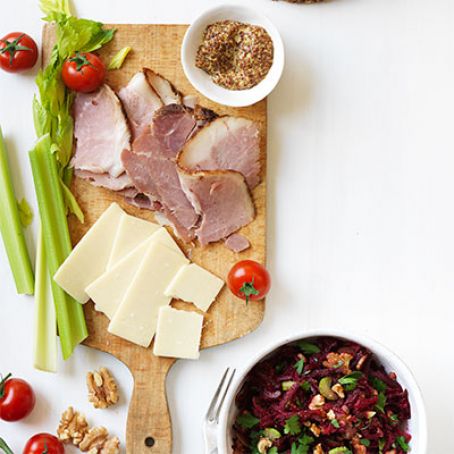 Thinly slice 2 stalks celery and place in a large bowl. Add the beets, parsley, oil, lemon juice, and 1/2 teaspoon each salt and pepper and toss to combine; fold in the walnuts.

Arrange the ham, cheese, tomatoes, bread, and remaining celery on a platter or cutting board. Serve with the beet salad and mustard, if desired.

Prep Tip: To avoid staining your fingers with beet juice, leave the stem end of the beet intact to use as a handle; hold the beet with a paper towel as you grate it on a box grater.