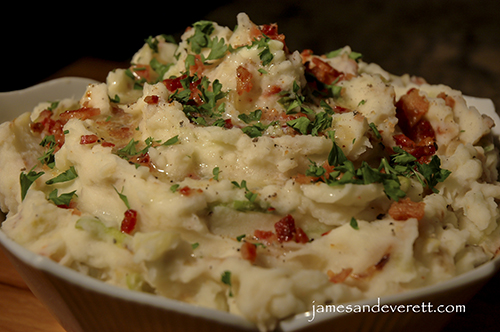 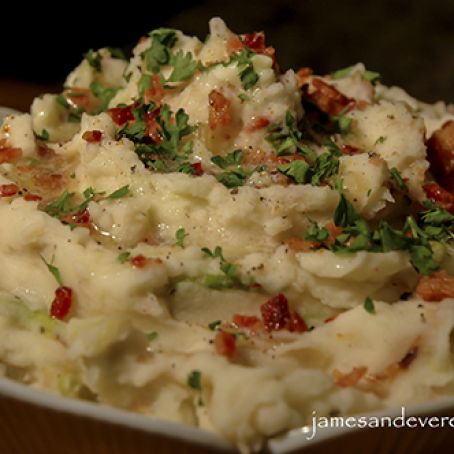 Peel, cube, and cook potatoes in a pot of boiling water until fork tender.

Meanwhile, crisp bacon in a large skillet. When cooked remove and place on a paper towel. Reserve fat in the skillet. Crumble bacon when cool enough to handle.

Add cabbage and onion to the skillet with the bacon fat and sauté over medium heat until onions become translucent. Add garlic and cook for another minute. Remove from heat.

Drain potatoes and rice them into a large mixing bowl. Add butter and milk, whip potatoes until smooth (add milk only as needed for consistency). Fold in cabbage and onion mixture, two-thirds of the bacon, and parsley. Season with salt and pepper to taste.

Transfer Colcannon into a serving dish and top with some butter, and the remaining bacon. Garnish with some fresh ground black pepper, and parsley.