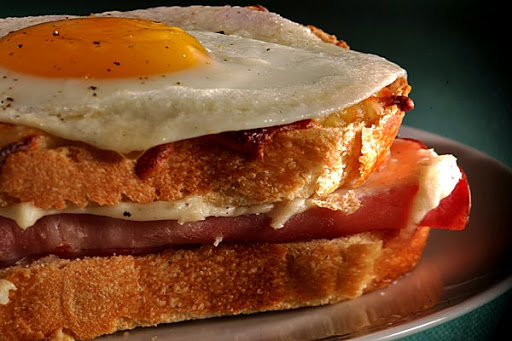 From LA Times and adapted from La Dijionaise in Culver City, CA/ 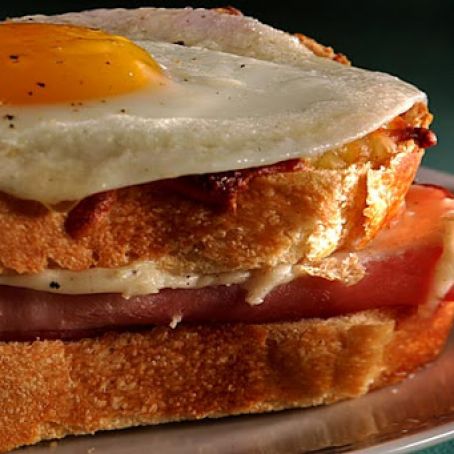 Béchamel sauce:
1. In a medium, heavy-bottom saucepan, heat the milk over medium heat just until bubbles appear around the edge. Reduce the heat and keep the milk warm over very low heat.

2. Meanwhile, in a large, heavy-bottom saucepan, melt the butter over low heat. When it bubbles, whisk in the flour and continue to cook until the mixture forms a golden roux, 3 to 4 minutes.

3. Whisking constantly, add the warm milk in a steady stream. Bring the mixture to a gentle simmer and continue to whisk until the sauce thickens, about 10 minutes. Season to taste with one-half teaspoon salt and a few grinds of black pepper, along with the nutmeg, or to taste. Remove from heat and set aside until cooled. This makes about 2 cups sauce.

3. In a small bowl, toss together the diced Swiss cheese and the mozzarella. Season the mixture with one-fourth teaspoon salt and a few grinds of pepper, or to taste.

4. Divide the cheese mixture evenly between the sandwiches, mounding it on top of each sandwich.

5. Place the sandwiches on a baking sheet and bake until the cheese is melted, 5 to 8 minutes, depending on the oven. This may need to be done in more than one batch.

6. Top each sandwich with a fried egg and serve immediately.