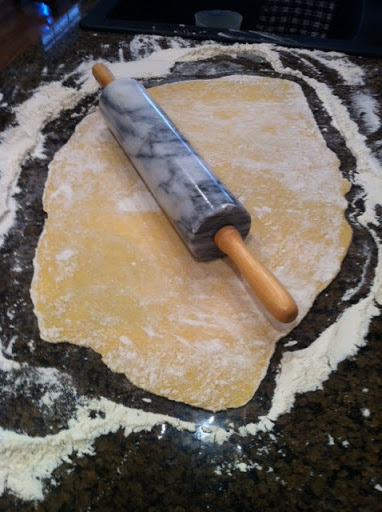 This is my mother's recipe; I never quite get it as good as hers, but it is delicious. I guess she added extra love!
We have a "noodle making day" prior to holidays then freeze the noodles so they are ready for holiday meals. We just take them out of the freezer and drop into boiling broth from a fat hen! 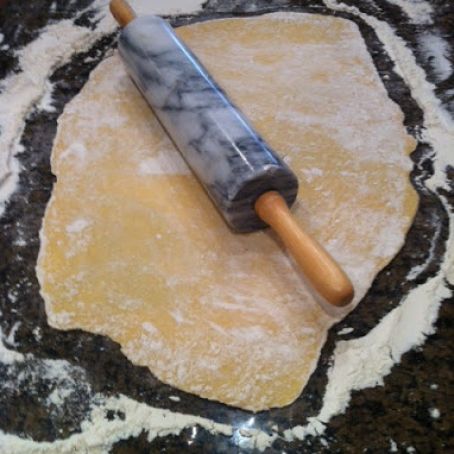 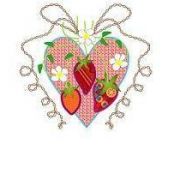 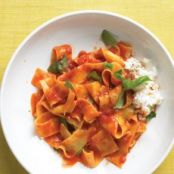 Boil a fat hen with onion and celery until meat falls off the bone ; remove chicken, celery and onion from broth – leave broth in large soup pot.

Noodles:
Beat eggs with a fork or whisk (in large bowl)

In a separate bowl, mix together 1 tsp salt, ½ tsp baking powder and 2 cups of flour

Mix with milk and egg mixture

Add about another cup of flour until dough is stiff. (approx.. 3 cups total)
On a floured surface, roll dough until about 1/8 inch thick rectangle

Let “dry” on cookie sheets for about an hour or put in freezer; then in bags when frozen

Drop (a few at a time) into boiling chicken broth; if frozen, drop in while frozen

Bring to full boil.
Turn down to a simmer, cover and cook until tender; stir often. (Cover and cook 15-20 min.)
Can add in some of the chicken from the hen. 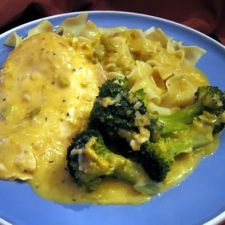 Down Home Chicken and Noodles