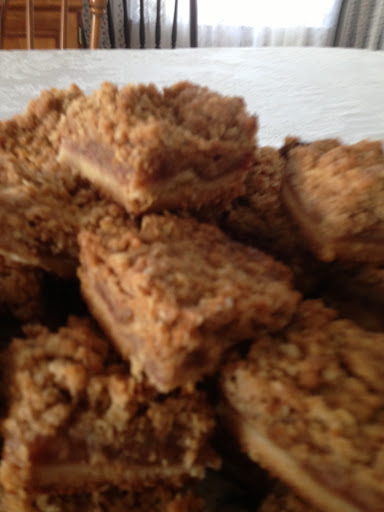 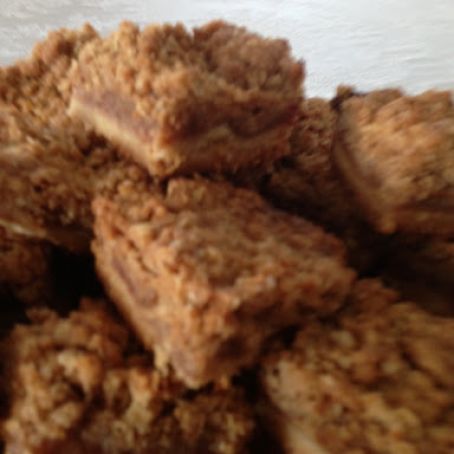 1.MAKE THE CRUST Preheat the oven to 375°. Line a 15-by-17-inch rimmed baking sheet with parchment paper. In a standing electric mixer fitted with the paddle, beat the butter with the sugar at medium speed until light and fluffy, 2 minutes. At low speed, beat in the flour and salt until a soft dough forms. Press the dough over the bottom of the sheet and 1/2 inch up the side. Bake in the center of the oven for 15-20 minutes, until the crust is lightly golden. Let cool on a rack.
2.MAKE THE FILLING In each of 2 large skillets, melt 3 tablespoons of the butter with 1/4 cup of the light brown sugar. Add the apples to the skillets and cook over high heat, stirring occasionally, until softened, about 10 minutes. Stir half of the cinnamon and nutmeg into each skillet. Cook until the apples are caramelized and very tender and the liquid is evaporated, about 10 minutes longer; scrape up any bits stuck to the bottom of the skillets and add up to 1/2 cup of water to each pan to prevent scorching. Let cool.
3.MAKE THE TOPPING Spread the walnuts or pecans in a pie plate and toast until golden and fragrant, about 8 minutes. Let cool, then coarsely chop the walnuts. In a large bowl, mix the oats with the flour, light brown sugar, cinnamon, baking soda and salt. Using a pastry blender or two knives, cut in the butter until the mixture resembles coarse meal. Stir in the walnuts and press the mixture into clumps(You will have left over topping)
4.Spread the apple filling over the crust. Scatter the crumbs on top, pressing them lightly into an even layer. Bake in the center of the oven for about 1 hour, until the topping is golden; rotate the pan halfway through baking. Let cool completely on a rack before cutting into 2-inch bars.
Make Ahead The bars can be stored in an airtight container at room temperature for 4 days or frozen for up to a month. 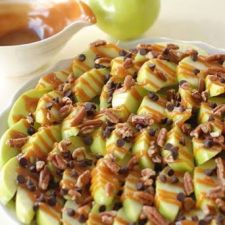