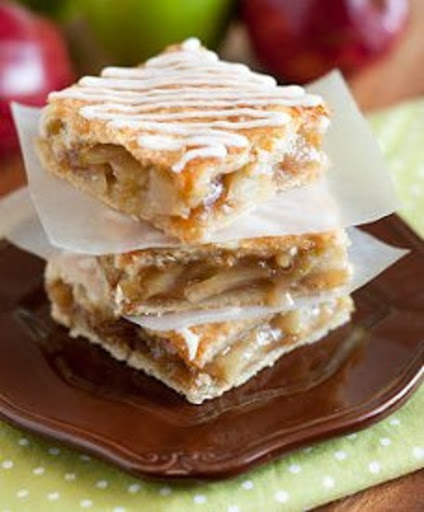 Apple pie doesn't just have to be for Thanksgiving and special occasions. When you turn the traditional pie into fun and shareable squares, you get a dessert that can be enjoyed any time of year. These Addictive Apple Pie Bars are easy to make and will satisfy your craving for all things fall. Of all the dessert bar recipes we've tried, this is one of our favorites. 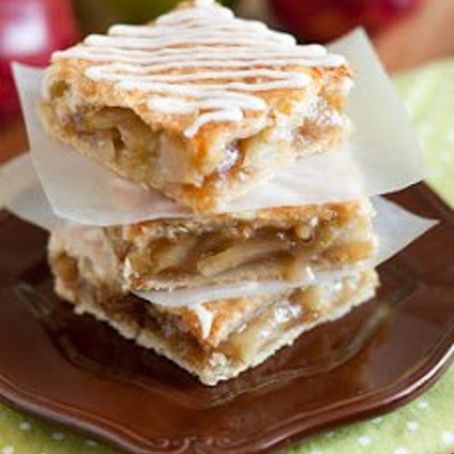 In a large mixing bowl, whisk together 2 cups flour and salt. Cut butter into flour mixture with a pastry cutter or fork until mixture resembles coarse crumbs. Add buttermilk and egg yolk to mixture and stir until mixture comes together and you are able to form a ball. Cover bowl with plastic wrap and refrigerate dough while preparing apple filling.

Divide pie dough into 2 equal portions. Roll one portion into a 13x9-inch rectangle on a lightly floured surface. Lift rolled dough into an ungreased 13x9 inch baking dish (the easiest way to do this is to fold the dough in half and then fold in half again, then transfer folded dough to one corner of the dish and unfold to it's original shape to cover entire baking dish). Toss apple mixture once more and pour into baking dish over pie crust. Roll remaining dough into a 13 1/2 x 9 1/2-inch rectangle and place rolled dough over apples (folding and unfolding as previously noted). In a small mixing bowl whisk egg white until foamy, brush egg white over top pie crust (you will only need about half of the egg white). In a separate small mixing bowl whisk together 1 1/2 tablespoon Raw Turbinado sugar with 1/4 teaspoon cinnamon. Sprinkle cinnamon sugar mixture evenly over top pie crust. Bake in preheated oven 50 to 60 minutes until golden brown and apples are tender when pierced with a toothpick. Remove from oven and allow to cool at least 30 minutes before cutting into squares. Drizzle with optional glaze or serve with vanilla ice cream. Store bars in refrigerator in an airtight container, rewarm in microwave if desired.

Combine all ingredients in a small mixing bowl, whisk until smooth. Add an additional 1/2 tablespoon half and half if you'd prefer a thinner consistency. 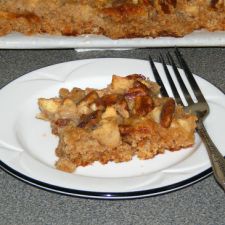