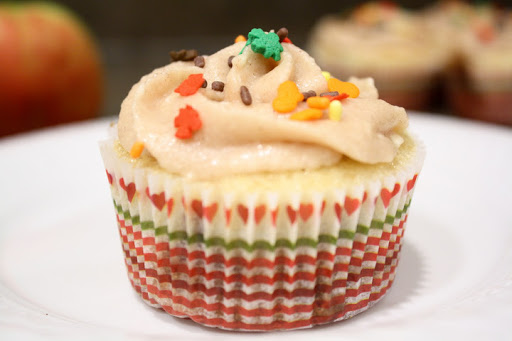 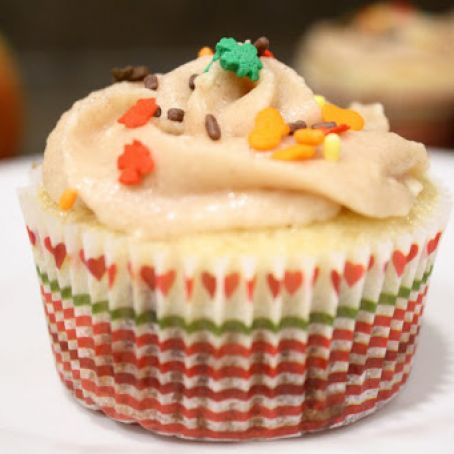 For the cupcakes
1.Preheat oven to 350F. Line a cupcake pan with 12 liners.
2.In a small bowl, mix together flour, baking powder, and salt. In another bowl, whisk together sugar, butter, eggs, and vanilla until smooth. Alternately whisk in flour mixture and milk, beating until smooth. Fold in apple.

For the streusel
1.In a small bowl, whisk together brown sugar and cinnamon. Add butter in pieces and rub in with fingertips until mixture holds together in small, moist clumps.

To assemble
1.Scoop half of the batter into each liner. Place some streusel into each one then top with the remaining batter. Bake for 20-25 minutes or until a toothpick comes out clean (watch the streusel). Let cool in pan for 10 minutes then remove to cooling rack.

For the frosting
1.Beat butter until smooth. Beat in apple butter, cinnamon, and vanilla. Gradually beat in sugar until thick and smooth. Pipe on top of cooled cupcakes. 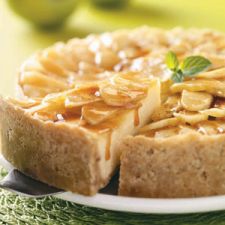