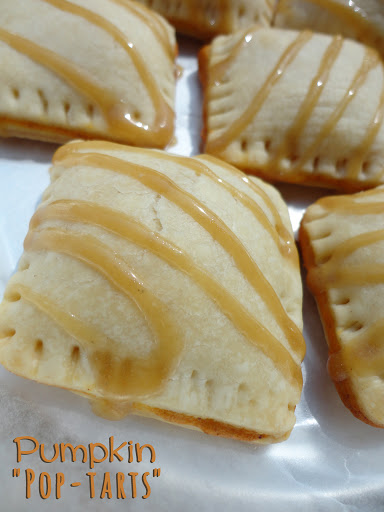 A pumpkin cream cheese filling in a pie dough crust topped with a brown sugar glaze. 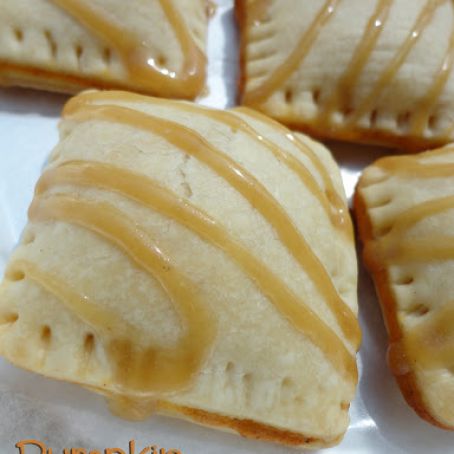 1. Preheat oven to 350 degrees F. Line a large baking sheet with a Silpat.

2. In a bowl, beat the pumpkin and cream cheese until combined. Add in the powdered sugar and pumpkin pie spice until full incorporated. Make sure there are no lumps.

3. Roll out one of the pie crusts onto the Silpat and spread the pumpkin mixture out evenly. Unroll the second crust and lay it on top.

4. Using a square cookie cutter, cut out the pop-tarts and lay them out on the baking sheet. Use a fork and seal the edges shut. Bake for 12 minutes or until the edges are golden. Let them cool on the pan while you are making the glaze.

5. For the glaze: In a sauce pan on medium heat, melt the butter and brown sugar until the sugar has dissolved. Add in the cream, vanilla, and salt and bring to a boil. Remove from heat and let it cool for about 5 minutes. Drizzle on top of the pop-tarts.