I'm not a fan of liver but a friend persuaded me to try this dish and boy was I glad I did, it's delicious! Serve with mashed potatoes or sliced tomatoes and corn. 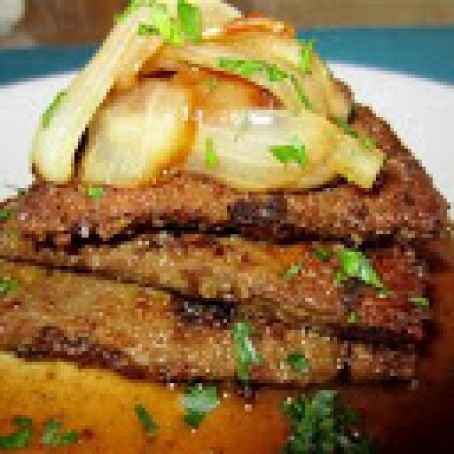 Heat the olive oil in a large skillet over medium heat. Stir in the garlic, onion, green bell pepper, red bell pepper, and mushrooms; cook and stir until the onion has softened and turned translucent, about 5 minutes. Season with salt and pepper. Push onion mixture to the side of the skillet, and place the butter in the center of the skillet.

Add calf's liver, one slice at a time. Cover and cook until lightly browned, flipping liver slices once, 5 to 6 minutes. Cut liver slices in half.

Whisk together flour, water, and beef bouillon in a bowl until combined. Pour mixture into the skillet; cook and stir until gravy thickens, then add red wine. Cook for 2 more minutes. Remove from heat and serve. 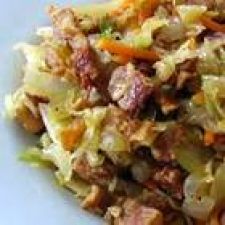