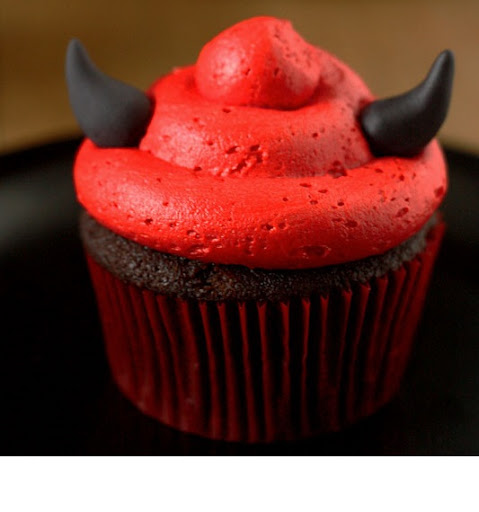 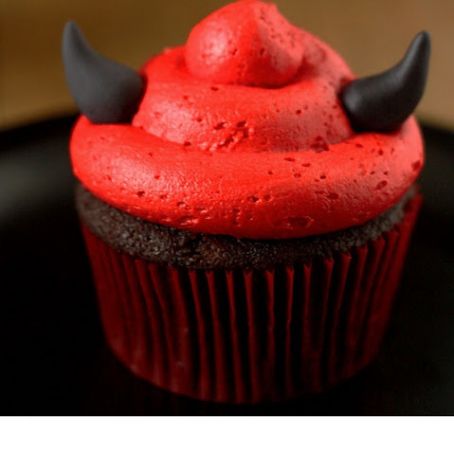 To make the cupcakes, begin by preheating the oven to 350 degrees F, and position a rack in the middle of the oven. Line cupcake tins with paper liners.

In a bowl, whisk together the boiling water and cocoa powder until smooth. Whisk in the milk and vanilla extract. In a separate bowl, sift together the flour, baking soda, and salt.

In the bowl of a standard electric mixer, fitted with the paddle attachment, beat together the butter and both sugars until light and fluffy. Beat in the eggs one at a time, beating well after each addition. Begin to add in the flour mixture and the cocoa mixture to the creamed butter, alternating between the dry and wet ingredients, and making sure to begin and end with the flour mixture. The batter may look slightly curdled, but don't worry, this is what you want! Mix together only until just combined.

Divide the cake batter evenly among the cupcake tins. Bake the cupcakes in the oven until a tooth pick inserted into the center of the cupcakes comes out clean, about 20-25 minutes. Set the cupcake tins on wire racks, and allow the cupcakes to cool in the tins for about five minutes, before removing them and allowing them to cool completely on the racks.

While the cupcakes are cooling, prepare the frosting. In the bowl of a standard electric mixer fitted with the paddle attachment, beat together the confectioner's sugar and butter until the mixture begins to come together. Lower the mixer speed, and add in the milk and vanilla extract. Increase the mixer speed to high, and beat the frosting until it is light and fluffy, about 5 minutes. Add enough food coloring to turn the frosting a bright shade of red. Once the cupcakes have cooled completely, frost the cupcakes with a large round tip (I used an Ateco 807 plain tip). Take the black fondant, and begin to shape small bits of it into curved devil horns, and then place the horns on top of the cupcakes. Enjoy!